A major shock to the system.

Shares have plunged across the retail industry on Monday morning (17 December) after online clothing retailer ASOS announced a "profit warning".

The retail world was rocked when ASOS told its shareholders that it was expecting far less profit than they had originally projected, thanks to an especially bad November.

This price could keep dropping as the fallout from Monday morning's announcement continues.

Mike Ashley, owner of Sports Direct, House of Fraser and Newcastle United, recently said that November 2018 was the worst for retail "in living memory".

It appears that share prices are beginning to bear that out.

It's not just ASOS whose value has suffered. 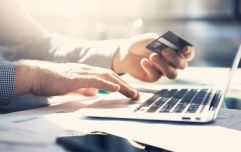 END_OF_DOCUMENT_TOKEN_TO_BE_REPLACED

Other brands such as JD Sports, Marks & Spencer, Next and Debenhams are all seeing their share prices fall — all appearing among the biggest fallers on the FTSE 100 and FTSE 250 (which includes slightly smaller companies) on Monday.

It should be noted that percentage-wise, none of them are falling to the same extent as ASOS.

Some economists have referred to Black Friday sales as a self-inflicted wound for major brands.

ASOS offered 20% off everything in stock on the now-annual sales day, but competitors slashed prices even further.


popular
The JOE Friday Pub Quiz: Week 175
The shortlist for the best breakfasts in Ireland has been revealed
The 50 most iconic songs of all time* have been revealed
Bodies of three children discovered in Dublin home
Two operators of illegal puppy farm in Roscommon convicted of animal cruelty
QUIZ: Can you guess the pixellated movie posters?
The JOE Friday Pub Quiz: Week 174
You may also like
2 months ago
"We never sat down with a strategy," Jack Dobson on taking a leap of faith
2 months ago
Irish company "started at a kitchen table" sold for €326million
2 months ago
"I won't be a pen pusher," Blue Insurance co-founder Ciaran Mulligan
3 months ago
Irish company launch new emission-free electric mopeds to combat traffic congestion
3 months ago
EY announces creation of 600 jobs across six cities in Ireland
3 months ago
Business people should be able to listen to their gut and not their accountant – Niall McGarry
Next Page