Two male adult teenagers have been arrested in connection with a serious assault that took place in Ballyfermot last Thursday (30 December 2021).

Both males were detained this Thursday (6 January 2022) at Garda stations in west Dublin under the provisions of Section 4 of the Criminal Justice Act 1984. 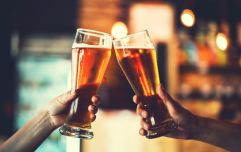 END_OF_DOCUMENT_TOKEN_TO_BE_REPLACED

At approximately 9.35pm last Thursday, a girl and boy aged in their late teens sustained serious injuries in the course of the assault.

It’s understood they were approached and assaulted by a group as they walked along Ballyfermot Road opposite the Community Civic Centre.

They were taken by ambulance to St James Hospital for treatment for their injuries.

One of the victims has been named as Alanna Quinn Idris, who is understood to have life-changing injuries following the assault, including the possible loss of vision in her right eye.

A GoFundMe has been organised for both Alanna and her friend who was attacked, with the public donating €75,000 to the pair at the time of publishing.

Gardaí at Ballyfermot are appealing for witness who may not yet have come forward and in particular motorists who may have dash cam footage from Ballyfermot Road between approximately 9.15pm and 10pm on 30 December 2021 to contact them at Ballyfermot Garda Station 6667200 or the Garda Confidential line 1800 666 111.