Primary schools in Ireland will not be allowed discriminate on the basis of religion from now on.

Approved by the Government on Tuesday, the Amendment to Education (Admission to Schools) Bill 2016 on the role of religion in school admissions was published on Wednesday morning, with the amendments set to make important changes in three key areas.

END_OF_DOCUMENT_TOKEN_TO_BE_REPLACED

Under the improved amendments, a recognised primary school will be in contravention of the Equal Status Act of 2000, if it has as part of its admission policy a criterion that gives a preference to applicants of a particular religion or denomination. 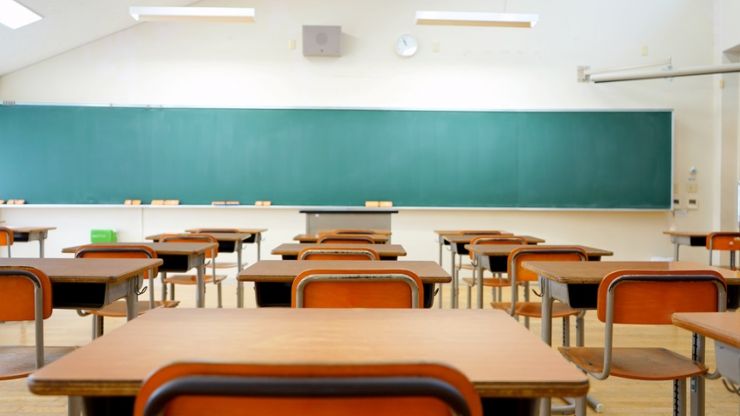 END_OF_DOCUMENT_TOKEN_TO_BE_REPLACED

“While 90% of our primary schools are of a Catholic ethos, recent figures show that over 20% (and growing) of our parent-age population is non-religious. In addition, recent marriage statistics for 2017 show that only approximately 51% of marriages occurred in a Catholic ceremony.”

The amendment will remove religion as a criterion which can be used in school admissions in over 95% of primary schools in Ireland. Under the proposed new law, there will be a protection to ensure that a child of minority faith can still access a school of their faith if that is their choice.

Non-denominational children, meanwhile, will now find that for well over 95% of schools (all schools except minority ethos schools which may give priority admission to children of their own or similar religious ethos), they will be treated the same as all other families in admissions.

END_OF_DOCUMENT_TOKEN_TO_BE_REPLACED

These changes will only impact oversubscribed primary schools (approximately 20%), which are predominantly located in large urban areas in Ireland.

Schools that are not oversubscribed must continue to accept all applicants, regardless of religion.

The announcement fulfils a key action in the Minister Bruton’s Action Plan for Education, which aims to make Ireland’s education and training service the best in Europe by 2026.

You can read the full details of the Amendment to Education (Admission to Schools) Bill 2016 here.

popular
Katherine Ryan says famous TV star is a ‘predator’ and everyone in industry knows
20 years ago, one of the best sci-fi movies of the 21st century was a box-office bomb
The JOE Movie Quiz: Week 181
QUIZ: Only the sharpest will get 100% in this General Knowledge test
QUIZ: Can you possibly get everything right in this General Knowledge Quiz?
QUIZ: JOE's Big News Of The Day Quiz #19
The JOE Friday Pub Quiz: Week 322
You may also like
2 days ago
"Enhanced x-ray technology" being trialled at Dublin Airport could lead to removal of 100ml liquid rule
3 days ago
"Don't know what you're talking about" – Leo Varadkar blasted for 'grass looks greener' emigration comments
3 days ago
Irish suburb crowned Europe's 'Great Town' of 2022
3 days ago
Family of Irish solicitor and TikTok star Richard Grogan thanks fans for support
4 days ago
Status Yellow weather warning issued for four counties
4 days ago
Employment lawyer and TikTok sensation Richard Grogan has passed away
Next Page