Irish company Barry's Tea has announced its plans to cut sponsorship ties with the greyhound racing industry in Ireland.

The industry was plunged into controversy last week when RTÉ Investigates revealed that as many as 6,000 greyhounds are killed in Ireland each year after they fail to reach qualifying times. 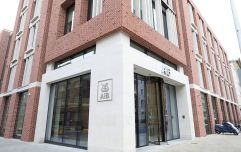 END_OF_DOCUMENT_TOKEN_TO_BE_REPLACED

The Irish Greyhound Board responded to the revelations by saying: "Any person who knowingly harms a greyhound brings shame upon our industry. The IGB will continue to investigate any matters brought to its attention."

Pressure has since mounted on private companies who sponsor greyhound racing events in Ireland to act.

In a statement posted on their official Twitter account on Tuesday, Barry's Tea wrote: "We were saddened and horrified by the recent revelations of the RTÉ Investigates programme, which raised concerns over the treatment of dogs within the greyhound industry in Ireland.

"On reflection, we have decided to withdraw our local sponsoship of the annual race in Curraheen Park, Cork."

Yesterday, the company had revealed it was considering its sponsorship of the race, saying: "We are very concerned at the revelations highlighted in the RTÉ Investigates programme which aired on Wednesday and we are currently reviewing our sponsorship of the annual race."

Ireland is just one of eight countries in the world where greyhound racing is not prohibited.

RTÉ Investigates also found that 15 licensed knackeries in Ireland said that they would kill greyhounds for prices ranging from €10 to €35 each.

popular
AIB to cut 1,500 jobs and close several Irish branches as part of cost-cutting measures
Sale of luxury castle in Kerry, described as "one of Ireland’s best kept secrets”, completed for €4.5 million
What the hell is 'Stomp and Holler', and why does Spotify insist that you love it?
Over 300 Ford cars recalled in Ireland over battery issue that could lead to vehicle fire
Documentary on Fungie's disappearance and The Den Christmas special among highlights of RTÉ festive schedule
Weather advisory issued for all of Ireland, with snow on the cards
A new Krispy Kreme store is set to up in Dublin city centre
You may also like
1 year ago
FBD Insurance pulls out of sponsorship of Kilkenny Greyhound Stadium
6 years ago
Pictures: Italian designer Trussardi swaps models for greyhounds in their latest collection
6 years ago
Video: High school basketball player shoots incredibly unlucky shot
8 years ago
Fancy some top quality greyhound racing on Saturday? It's free...
8 years ago
Betfair move into Irish greyhound sponsorship with 600 deal
8 years ago
Milldean Panther set for early return to action in Gold Cup
Next Page