Belfast Marathon was accidentally 0.4 miles longer than it should have been

Wouldn't you be absolutely sickened if you pulled up early?

Running a marathon is not easy. Not at all.

Feeling like you're almost done and then realising that you're not even half way through is one of the most soul-destroying feelings you can ever experience. 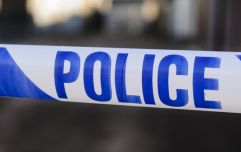 END_OF_DOCUMENT_TOKEN_TO_BE_REPLACED

So running a full marathon and then being told that you actually finished about a half mile ago must feel absolutely bonkers.

And that is exactly what happened in the Belfast Marathon that took place on Sunday.

According to RTÉ, one of the lead cars at the front of the race mistakenly veered off the scheduled route. The lead runners followed the vehicle, and everyone else followed them. Madness.

David Seaton, chairman of the organising committee, said the course had been measured to the correct distance of 26 miles and 385 yards, and confirmed there had been a problem with one of the lead vehicles.

"We're holding our hands up and we're addressing it," he said.

"We wish it hadn't happened."

But even despite this major mishap, the mistake didn't stop Kenyan Caroline Jepchirchir clocking the fastest ever women's time in Belfast. 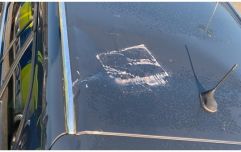 END_OF_DOCUMENT_TOKEN_TO_BE_REPLACED

She crossed the line after 2:36:38 to break the record and retain the title that she herself won last year.

Absolutely ridiculous, considering how much extra ground she ran.

A record number of more than 18,000 people took part in the marathon and associated events this year.

The Big Reviewski || JOE · The Big Reviewski with Dune, a mini-Hangover reunion & the best of Timothée Chalamet
popular
One of the best thrillers of the decade is among the movies on TV tonight
"Like a whip" – director describes fatal shooting on Alec Baldwin film set
A brilliant, under-seen Graham Taylor documentary is on TV tonight
A villainous Tom Cruise performance is among the movies on TV tonight
The JOE Friday Pub Quiz: Week 266
The full list of all the new shows and movies coming to Netflix in November
The JOE Movie Quiz: Week 125
You may also like
1 month ago
Taylor Swift poses for pictures with fans during Belfast trip
1 month ago
WATCH: Powerful new drama Belfast could be an Oscar favourite
2 months ago
Belfast concert organiser "bitterly disappointed" by Electric Picnic decision
2 months ago
Woman charged with the murder of a baby in Belfast
2 months ago
Irish language nursery school in Belfast forced to relocate due to "ongoing social media hate campaign"
2 months ago
Murder investigation launched after the death of a child in Belfast
Next Page