Stokes condemned the newspaper after they printed a story about a family tragedy that occurred 31 years ago.

England cricket player Ben Stokes has posted a powerful statement on his Twitter page condemning The Sun for publishing a "low and despicable" story.

Stokes, who was instrumental in England's World Cup win this summer, wrote: "I cannot conceive of anything more immoral, heartless or contemptuous to the feelings and circumstances of my family." 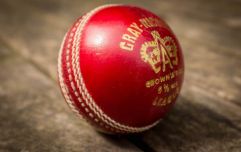 In case you missed it, the Cricket World Cup Final was absolutely mad

END_OF_DOCUMENT_TOKEN_TO_BE_REPLACED

He continued: "For more than three decades, my family has worked hard to deal with the private trauma inevitably associated with these events, and has taken great care to keep private what were deeply personal and traumatic events.

"On Saturday, The Sun sent a 'reporter' to my parents' home in New Zealand to question them, out of the blue, on this incredibly upsetting topic.

"If that wasn't bad enough, The Sun think it is acceptable to sensationalise our personal tragedy for their front page."

You can read his statement in full here. 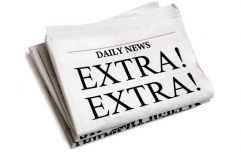 END_OF_DOCUMENT_TOKEN_TO_BE_REPLACED

A spokesperson for The Sun has since told Sky News that the paper has "the utmost sympathy for Ben Stokes and his mother" but the story is a "matter of public record" that was supplied by a "family member".

They said: "The tragedy is also a matter of public record and was the subject of extensive front page publicity in New Zealand at the time."

popular
Disney+ has just added 10 big movies to its library
People want "offensive" Crown Paints advert banned after attracting hundreds of complaints
Netflix has just added 23 very big movies to its library
Human remains found in suitcases are the bodies of two children
A terrific '90s crime drama is among the movies on TV tonight
NASA share deepest ever image of space showing the universe "more than 13 billion years" ago
The prequel to one of the best twists of all time and 7 more movies & shows to watch this weekend
You may also like
3 years ago
England cricketer says 'there’s nothing wrong with being gay' in response to apparent on-field sledging
4 years ago
WATCH: Australian cricket player caught cheating mid-game on the big screen
5 years ago
WATCH: This man is an absolute pro at handling his drink
5 years ago
WATCH: Some Irish fans were really feeling the heat watching the cricket on Sunday
5 years ago
VIDEO: If you find cricket boring, Dara O'Briain's commentary will change your mind
6 years ago
WATCH: Streaker sent to jail for one of the greatest streaker runs in recent memory
Next Page