Body of woman recovered from the sea on Achill Island

The body of a woman in her 40s has been recovered from the sea in Achill Island in Mayo.

The woman, believed to be from the Achill area, went missing while walking in the Dooagh area on Thursday afternoon. 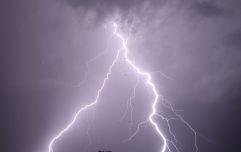 END_OF_DOCUMENT_TOKEN_TO_BE_REPLACED

Achill Island Coast Guard were tasked to a faller from a cliff in Dooagh shortly before 6pm on Thursday, where it quickly became clear, they said, that “unfortunately our tasking was now a recovery”.

“We would like to thank our colleagues in Rescue 118 official, Irish Coast Guard and our local An Garda Síochána for their assistance.

“Our thoughts and prayers are with her family and friends and may her gentle soul Rest In Peace.”

In a statement, Gardaí said the body of the woman was removed to Mayo General Hospital for post-mortem and this will determine the course of their investigation.

The local Coroner has been notified and investigations are ongoing.