Yes, it's another political hit in the form of a giant inflatable blimp that takes to the sky to haunt all those who witness it.

Following on from such classics as the Donald Trump Baby Blimp and the giant Minion that caused havoc on the Old Swords Road in 2015, Boris Johnson has now been immortalised in a similar fashion.

The eye-catching centrepiece was launched in Parliament Square in London on Saturday morning ahead of a 'No to Boris, Yes to Europe' protest organised by March for Change. 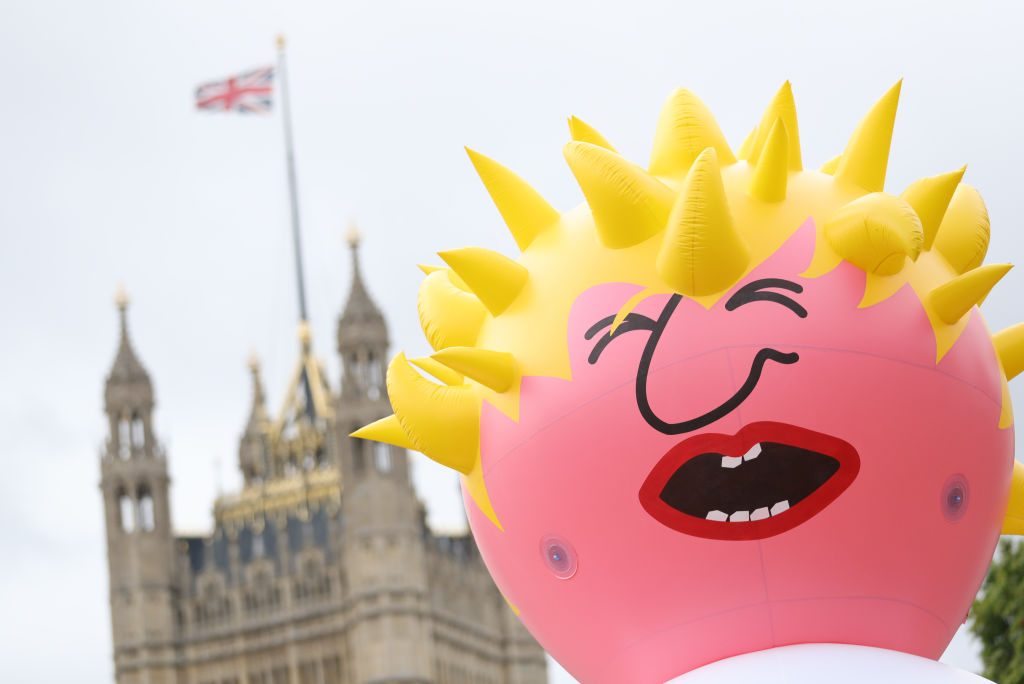 There he is now.

And in flight next to the Houses of Parliament: 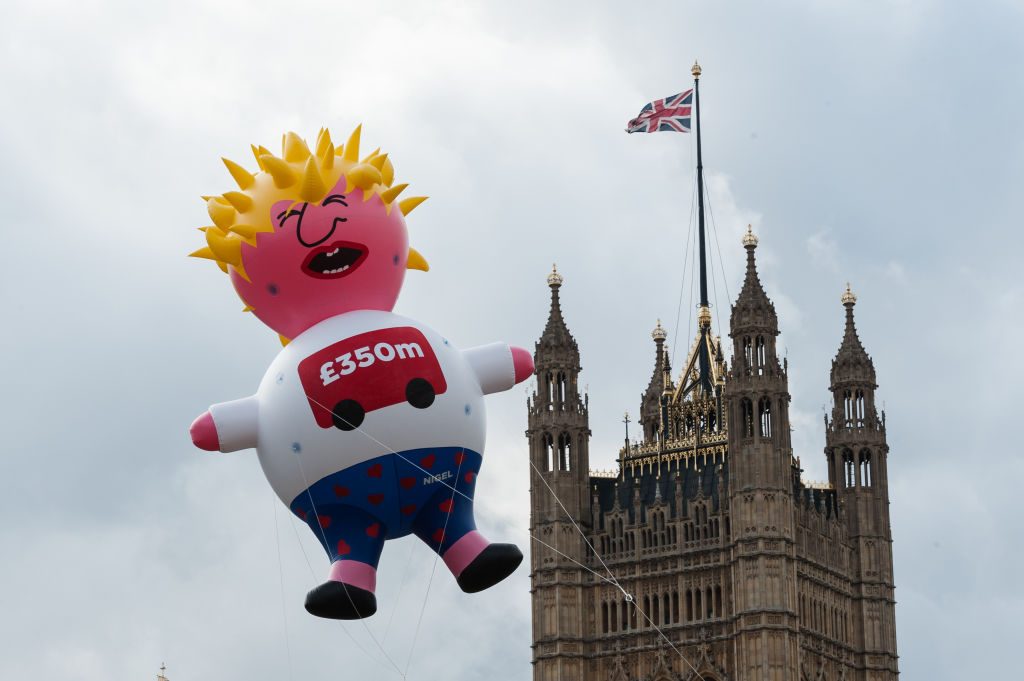 The torso of the blimp - not a sentence we're used to writing, admittedly - bears a reference to the supposed £350 million in savings that the Leave campaign pledged would go towards Britain's National Health Service instead of the EU.

Nigel Farage also gets name-checked on the lower half, for good measure.

As of now, Britain is scheduled to leave the EU on 31 October, with Boris Johnson the overwhelming favourite to succeed Theresa May as Prime Minister next week.

popular
One of the best action movies of recent years is finally available to watch at home
Lisa Fallon praised as she opens up about terrifying ordeal on Late Late
QUIZ: Try score top marks in the hardest country flag quiz you'll ever take
"It will be with me until I die" - Charlie Bird opens up about "loveliest gesture" from Daniel O'Donnell
QUIZ: See if you can ace this General Knowledge Quiz
The 50 most iconic songs of all time* have been revealed
QUIZ: We bet you can't name all of these countries from their outlines
You may also like
2 months ago
Bertie Ahern urged to apologise over "demeaning" Northern Ireland protocol remarks
2 months ago
US representatives issue warning to the UK over triggering Article 16
3 months ago
Dominic Cummings claims UK government always intended to "ditch" Northern Ireland protocol
3 months ago
Simon Coveney says UK demands on Northern Ireland Protocol a "red line barrier to progress"
3 months ago
Supply chains could be "seriously disrupted" by lorry driver shortage similar to UK
3 months ago
EU lorry drivers vow not to help UK get “out of the s**t they created themselves”
Next Page