Accommodation options in Cork are about to increase in a big way.

As many as seven new hotels, including Ireland’s first ‘floatel’, will open in Cork city in the coming years, according to a new study by Savills Ireland.

The study revealed that hoteliers and developers are considering projects with 1,355 new hotel bedrooms for delivery in Cork City, including seven new builds and four extensions to existing hotels that are already at various stages of planning.

If even half of those are seen through to completion, it would represent an almost 30% increase on the current Cork hotel stock, which stands at 2,297 bedrooms.

Five hotels have received a grant of planning permission for the addition of 360 bedrooms, including the 165-bed Maldron Hotel on Beasley Street/South Mall, which is due to be completed in 2018, and The Kingsley Hotel at Victoria Cross, which has received approval for 63 additional bedrooms.

Amongst the hotels that have applied for planning permission, meanwhile, are M (The Metropole) on Harley’s Street and Horgan's Quay (HQ), on Railway Street on the Lower Glanmire Road. 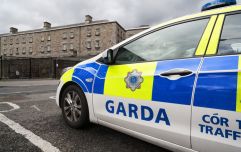 Pedestrian in her 70s killed in traffic collision in Cork

END_OF_DOCUMENT_TOKEN_TO_BE_REPLACED

Ireland’s first floating hotel has also been given the go-ahead, a 96-bed ‘floatel’ My Story MV that would be situated at Penrose Quay, while a hostel at Parnell Place and a four-star hotel at the site of the former Government buildings on Sullivan's Quay are in the pre-planning stages.

Tom Barrett, Director, Hotels & Leisure at Savills Ireland, said of the forthcoming additions to the Cork hotel market: “The Cork hotel market has strengthened in recent years. There is now significant demand for additional bedrooms in the city and Savills expect that a number of the planned schemes will proceed.

“Current office development plans are very positive for the hotel sector, but certainty the Cork Events Centre proceeding is necessary for the city to exploit its true potential.”


popular
Met Éireann predicting snow this weekend and well into next week
The JOE Friday Pub Quiz: Week 179
HBO reveal the first official details of the Friends reunion episode
Here are all the best new titles coming to Netflix in March
Disney are offering you a dream job based in Dublin
See Sharon Horgan's brand new movie before anyone else in this one night special Premiere event
Pedestrian in her 70s killed in traffic collision in Cork
You may also like
1 day ago
Teenage girl dies in fatal road traffic collision in Cork
2 days ago
A preferred route has been chosen for the new Cork to Limerick motorway
2 days ago
Man dies in Cork following three-car collision
4 days ago
Man (40s) killed after walking in front of oncoming truck after driving into a ditch
5 days ago
Gardaí in Cork investigating "unexplained death" of a woman in her 50s
1 week ago
Gardaí appealing for witnesses to hit-and-run incident in Cork
Next Page