The new study finds that most seats in England, Scotland and Wales now contain a majority of voters who want to stay in the EU.

In a new analysis study performed by The Observer, over 100 Westminster constituencies which had voted to support the Leave campaign during the 2016 EU Referendum have now swapped over to support the Remain side instead.

Of the 632 seats in England, Scotland and Wales were examined for the study, which found that 112 had switched from Leave to Remain. 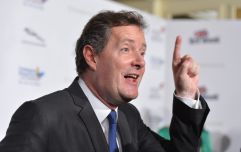 END_OF_DOCUMENT_TOKEN_TO_BE_REPLACED

The new analysis suggests there are now 341 seats with majority Remain support, up from 229 seats at the referendum.

This would suggest that Remain would now have 53% of the vote, to Leave's 47%.

The report suggests that young voters and those from ethnic minorities have driven the switch to Remain.

On Saturday, Liberal Democrat leader Vince Cable spoke at a rally of People's Vote supporters in Bristol: "Whether someone voted to leave or stay in the EU in 2016, nearly everyone is disillusioned by the mess the Conservatives have made of Brexit.

"This research is yet more compelling evidence that the British people must be given the final say on any - or no - Brexit deal. The shallow argument against giving the people their say diminishes towards nothingness with every passing day."

popular
QUIZ: Guess the movie from the movie poster
Here is a list of every Bank Holiday in Ireland in 2023
Nicola Bulley's phone found by the river 'could be a decoy', diving expert suggests
One of the best crime thrillers ever is among the movies on TV tonight
The Last Of Us Episode Five will premiere days earlier in Ireland and UK
Edward Scissorhands was very nearly played by a much-loved Oscar winner
5 years ago, Hollywood took a massive gamble on a huge sequel... and lost big time
You may also like
7 months ago
Coveney “hugely disappointed” by UK Government approach to NI Protocol
7 months ago
Coveney fires back at UK Government plans to change NI Protocol
8 months ago
Plan to suspend Northern Ireland Protocol reportedly "days away"
8 months ago
Mary Lou McDonald says UK Government "gamesmanship" over Northern Ireland Protocol won't be tolerated
9 months ago
Listeners praise Patrick Kielty following emotional interview discussing his father's murder
10 months ago
Former Brexit minister hits back at Simon Coveney over Irish border comments
Next Page