A crack SAS sniper killed an ISIS leader and his henchmen moments before they were set to burn 12 hostages to death.

The expert British special forces marksman was almost a mile away when he gunned down the feared ISIS executioner and three others as they were set to turn a flamethrower on the civilians who were accused of being spies.

The SAS sniper fired a single round from his high calibre .50 Barrett rifle at the fuel tank of the executioner's flamethrower, causing it to explode, incinerating him and three other ISIS members who were poised ready to film the killing of the civilians. 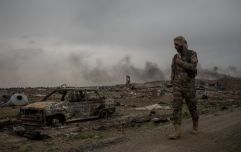 END_OF_DOCUMENT_TOKEN_TO_BE_REPLACED

A source told the Daily Star Sunday that it was part of a rescue operation near Raqqa in Syria earlier this month.

The so-called ISIS executioner who was killed in the mission is said to have been on a US 'kill list' for months because of his brutal method of killing prisoners with his flamethrower, burning them alive.

The source told the newspaper:“The SAS team moved into an overwatch position above a village where they were told the execution was going to take place.

“Up to 12 civilians were going to be murdered – eight men and four women. They were suspected of being spies.

“The executioner gave some sort of rambling speech over a loud hailer then when he finished the SAS sniper opened fire."

It's not the first time the expert marksmen of the SAS have saved lives with some incredible shooting. 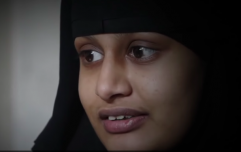 Shamima Begum's baby has died, according to reports

END_OF_DOCUMENT_TOKEN_TO_BE_REPLACED

A British special forces sniper took out two ISIS car bombers with a single shot as they drove towards a target in Libya, according to the Mail.

The sharpshooter hit the driver of the vehicle in the head from a range of 1,000m and the bullet lodged in the neck of his accomplice who was sitting next to him in the passenger side of the vehicle.

The sniper potentially saved hundreds of lives as the jihadis were transporting the massive car bomb to a busy market in Tripoli where they planned to detonate it.

Earlier this year an SAS shooter notched a triple kill with a single round through a 10-inch wall from around 1km away.

Militants were holed up in a heavily fortified tower in the Iraqi town of Ramadi. But the SAS sniper managed to take out three ISIS members with a single armour-piercing round from his .50 Barrett.

Military chiefs said the incredible shot avoided the need for airstrikes and potentially saved 20 lives in the process.

The Big Reviewski || JOE · The Big Reviewski with Y: The Last Man, that Malignant ending & a secret streaming service
popular
Body of woman found by walker on shoreline in Galway town
Gabby Petito disappearance: FBI confirm remains found are that of missing woman
You could be shopping in an Aldi store with no checkouts in Ireland in the near future
President Biden warns trade deal must not derail peace in Northern Ireland
Cash, Rolexes, cars and one Canada Goose jacket seized in major Garda raid
"One person's rent is another person's income" – Varadkar rejects calls for three-year rent freeze
Government announces special €1,860 payment for laid-off workers during pandemic
You may also like
1 year ago
Trump confirms death of ISIS leader, says he died "like a dog"
2 years ago
Irish citizen captured in Syria by group fighting ISIS
3 years ago
UK will not oppose death penalty for British ISIS suspects
3 years ago
ISIS fighters reportedly surrendering in the stronghold city of Raqqa
3 years ago
FBI investigators say Las Vegas shooting has no connection to Isis
3 years ago
Shocking article shows the chance of terror attack in Ireland is a lot higher than we think
Next Page