The pop star was told that she could not have more children, among a swathe of other shocking parental controls.

Britney Spears spoke at a hearing over her stringent and, frankly, shocking conservatorship on Wednesday, in which she revealed to the court that her father had controlled everything in her life for the past 13 years - including her reproductive health.

At the hearing, she asked for the conservatorship to be ended "without evaluation" and not for the first time. 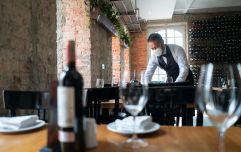 END_OF_DOCUMENT_TOKEN_TO_BE_REPLACED

The 39-year-old has been under the conservatorship - a U.S. law where a guardian is appointed to be protector and manage financial affairs and/or a person's daily life due to old age, physical or mental limitations - for over a decade and said that her father, Jamie Spears, has controlled every aspect of her life "100,000%".

The conservatorship was granted to Jamie Spears in 2008 after the star was put in hospital amid concerns over her mental health. Britney Spears was one of the biggest stars of the late '90s and 2000s and became the subject of media frenzy, hounded by paparazzi everywhere she went.

In her 30-minute video address, Spears told the hearing how her father had assumed control over even the most intimate details of her life, including her sexual activity and reproductive health. After she stated that she’d like to get her IUD (Intrauterine device) removed and have another child, she was told the conservatorship would not allow it.

She said: “I was told right now in the conservatorship I am not able to get married or have a baby," adding that she is even banned from seeing friends who live minutes away from her and that her boyfriend is not allowed to drive her in his car. The 68-year-old has even been trying to gain control over her entire estate in the past year.

This is by no means the only claim Spears made; as well as the decisions around birth control, she also stated that her father forced her to take medications that she did not want, such as lithium (a mood stabiliser), seemingly because she wanted to end her lucrative Las Vegas residency.

She said: “I felt drunk. I couldn’t even have a conversation with my mom or dad about anything,” adding: “My whole family did nothing.” She has expressed a desire to have therapy at home as a result but has instead been forced to go to a location where the paparazzi stalks her.

She went on to argue that she had been forced to perform against her will, alleging that her management, i.e. father Jamie and the Bessemer Trust Co. (who controls her entire estate), threatened to sue her in 2018 if she didn’t perform her concerts. She also said that they had falsely reported to her therapists that she wasn’t taking her medications. 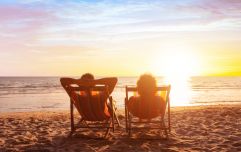 END_OF_DOCUMENT_TOKEN_TO_BE_REPLACED

Spears' ordeal is a long-running one, with the singer issuing a similar statement to a judge in 2019. She has described the entire experience as "very threatening and scary” and that her existence is akin to "sex trafficking". She went on to say "I’m not here to be anyone’s slave. I can say no to a dance move.”

The #FreeBritney movement is one that has been growing over a period of years, with people identifying that much of her adult life has been about control and making as much money out of her as possible, as opposed to caring about her wellbeing and acting in her best interests.

So much so, in fact, that a documentary entitled Framing Britney launched just this year, covering her toxic relationship with the press, her father's controlling conservatorship and how she has attempted to reclaim her freedom previously.

Spears said that her arrangement isn't the only problematic one, pointing to “thousands of conservatorships that are abusive as well” and adding that “I shouldn’t be in a conservatorship if I can work".

She went on to say, simply: “The laws need to change [...] I don’t feel like I can live a full life.” and that the people who control her life “need to be reminded they actually work for me”.

The Big Reviewski || JOE · M. Night Shyamalan, Alex Wolff & Thomasin McKenzie talk about their new creepy thriller Old
popular
Home and Away star Dieter Brummer found dead at 45
The full list of all the new shows and movies coming to Netflix in August
Brides-to-be to protest at Government Buildings in call to increase wedding guests to 100 people
Here are the three Irish contestants entering Casa Amor tonight
Stephen Donnelly confirms 69% of the adult population are now fully vaccinated
The JOE Movie Quiz: Week 112
COMPETITION: Win one of these very cool new Guinness summer furniture kits
You may also like
5 days ago
Nearly four out of five adults in Ireland partially vaccinated against Covid-19
1 week ago
Here are the restrictions being eased today as Ireland continues its reopening
1 week ago
Unvaccinated staff working in indoor dining is "low risk", says Tony Holohan
2 weeks ago
Three Irish food businesses were served with closure orders in June
2 weeks ago
Pfizer vaccine less effective against Delta variant, Israeli study finds
1 month ago
“I was poisoning myself every time I drank.” An Irishman in his mid-20s on his battle with alcoholism
Next Page