"This is the calm before the storm, before the surge" - Leo Varadkar addresses the nation

"We're asking people to come together as a nation by staying apart from each other."

Taoiseach Leo Varadkar addressed the country in a broadcast on RTÉ and Virgin Media on Tuesday night under Section 122 of the Broadcast Act, which allows the government broadcasting time for announcements in the event of a major emergency.

Varadkar warned the impact of of the Covid-19 is not something that will be go away overnight and could go on for several months.

"Many of you want to know when this will be over," Varadkar said. "The truth is we don’t know yet."

"This emergency is likely to go on well beyond 29 March. It could go on for months into the summer so we need to be sensible in the approach we take."

He said that Ireland could have 15,000 cases in the country by the end of the month and that the current period is the "calm before the storm, before the surge."

"So far the number of cases in Ireland has been relatively small," he said.

"However, we believe that number will rise to 15,000 cases or more by the end of the month and rise further in the weeks thereafter."

At a certain point in the future, elderly and vulnerable people will be advised to stay at home in what Varadkar called "cocooning" and said it would "save many lives."

He called on the public not to isolate these people during that time and to call them, check on them and offer help to one another. 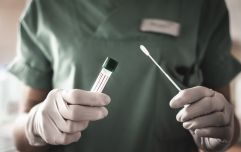 END_OF_DOCUMENT_TOKEN_TO_BE_REPLACED

"We're asking people to come together as a nation by staying apart from each other," Varadkar said.

"We’ve already seen our fantastic community spirit spring into action. Phone your neighbours, see if they need help, and make sure those who are living alone are not left alone."

Varadkar spoke for over 10 minutes in all where he warned the public that fear could be even more damaging to the public than the virus. He reiterated his Monday appeal to only rely on official sources for information and not to forward misinformation sent on messaging apps which have no identifiable source.

"Not all superheroes wear capes, some wear scrubs and gowns," he said in a nod to our healthcare workers.

He praised the frontline workers. The workers in hospitals. The workers in shops who stack the shelves. The workers who drive across the country and Europe to bring us the goods we need. The journalists who provide a public service and everyone else who is involved in the effort.

"Viruses pay no attention to borders, race, nationality or gender,"

"Tonight I send a message of friendship and of hope from Ireland to everyone around the world this Saint Patrick’s Day."