He's seen Irish history created before his eyes, his career rise up through the ranks of Irish politics, an assassination attempt on his life – and now we get to see what it's like to actually be Gerry Adams.

A TV3 documentary airing on Wednesday night shows Vincent Browne exploring the part Sinn Féin president Gerry Adams played during the Troubles, his role in the Northern Ireland peace process, while also examining both the politics of Adams and the party he leads. 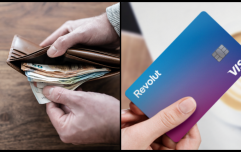 END_OF_DOCUMENT_TOKEN_TO_BE_REPLACED

A controversial character in Irish history, Adams has been at the centre of far more scandals than your average politician.

Browne and Adams first met some 40 years ago. In the two-part programme, Browne travels to Belfast and further afield to chart Adams' every move during the Northern Ireland conflict, his role in the peace process and how, under his leadership, Sinn Féin has transformed itself into one of the largest parties both in the North and the Republic of Ireland.

A Belfast-native, Adams hails from a staunch republican background. His father was an IRA man who was jailed for eight years for his role in an ambush and his grandfather, also called Gerry Adams, was a member of the IRB.

Adams became an active Republican from early on and rose to prominence as a key figure in the 1960s civil rights movement in the North.

He was subsequently charged with IRA membership in 1978, but the case was then dropped due to insufficient evidence.

Adams has always publicly maintained that he was never an IRA member.

Man in his 50s injured following serious assault in Waterford

END_OF_DOCUMENT_TOKEN_TO_BE_REPLACED

Commenting on Gerry Adams, Browne said: "I have known Gerry Adams for over forty years and have found him one of the most fascinating people in Irish public life during that time.

"Of course he was very much involved in the IRA campaign of atrocity, murder, and criminality but from the early 1980s he began to seek a way out of violence and bring the Republican movement with him.

"Against the odds he was successful. Without him, the atrocities almost certainly would have happened anyway but without him peace wouldn’t have happened when it did."

The Big Reviewski || JOE · The Big Reviewski with Ray Liotta, Goodfellas facts & Tom Hanks making us cry
popular
Revolut finally rolls out feature which allows users access wages before payday in Ireland
Kings of Leon announce first Irish shows in five years
Seven people hospitalised after huge fight at Tuam cemetery
One of the most-anticipated movies of the last few years is finally available to watch at home this week
Daniel Craig leads the charge on this week's line-up for The Late Late Show
Retail billionaire calls on unvaccinated people to be banned from shopping centres
There's some lovely weather in store this weekend, but better make the most of it
You may also like
4 hours ago
Seven people hospitalised after huge fight at Tuam cemetery
13 hours ago
Simon Harris and wife welcome arrival of new baby boy
16 hours ago
DSPCA issues appeal to the public after "helpless" sick tortoise dumped in field
17 hours ago
Two women seriously injured following three-car collision in Wexford
18 hours ago
It looks like Garth Brooks will play FIVE nights in Ireland after all
1 day ago
Gardaí renew information appeal for 25-year-old hit-and-run case
Next Page