Center Parcs has announced a proposed development of its Longford forest location, which will see 550 jobs created in an expansion that will cost between €80-85 million.

The development, which the company say was driven by "great confidence in business and Irish domestic tourism market", will create 250 permanent jobs and a further 300 jobs during construction.

END_OF_DOCUMENT_TOKEN_TO_BE_REPLACED

Building on the success of the resort since opening in July 2019, the park is now planning to increase the number of lodges and further develop the existing facilities.

Plans for an additional 200 lodges, including four luxury treehouses, are included in the development, which will remain within the existing site boundary.

Each treehouse sleeps up to eight people and comes complete with a games den, outdoor hot tub, private parking and a dedicated treehouse host for the duration of the break.

Alongside the plans to increase the number of lodges, the development also proposes to extend existing facilities, including leisure facilities, restaurants and cafés, back-of-house facilities, the Subtropical Swimming Paradise and Aqua Sana Spa.

Center Parcs UK & Ireland’s CEO, Martin Dalby, said on Tuesday: “Despite a challenging year, we have great confidence in both our business and the Irish domestic tourism market, backed up by our extremely positive forward bookings for the remainder of 2021 and into 2022.

“Since we opened, Irish families have really taken Center Parcs to their heart, and we are excited to bring more visitors to this beautiful part of the country and introduce the Center Parcs concept to even more families.

“This announcement is great news for County Longford, a significant investment which will generate more local jobs, opportunities for local suppliers, consultants and contractors and a significant boost for the local and regional economy.” 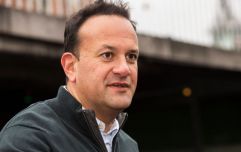 END_OF_DOCUMENT_TOKEN_TO_BE_REPLACED

Tánaiste Leo Varadkar TD described the proposed development as "fantastic news for Longford and the Midlands".

“Center Parcs is a really valued employer in the area. I know the company has made a huge effort to work with the local community and I’m sure that will continue with this further expansion, which will see €80m-€85m invested, 250 permanent jobs created and a further 300 during construction," he said on Tuesday.

Center Parcs will now commence detailed design and site survey work, as well as a programme of community engagement, in advance of submitting a planning application.

The target date for the submission will be the end of 2021.