The Joint Venture business between Glanbia and Leprino Food looks set to create 78 full time jobs at the facility. 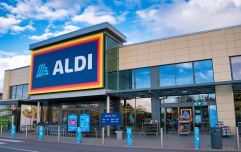 90 jobs to be created with new Aldi store in Cork

END_OF_DOCUMENT_TOKEN_TO_BE_REPLACED

According to Agriland, the facility will not only create full time jobs, but a further 250 jobs during the construction phase.

If planning permission is granted, construction will commence later this year, with the new facility expected to be open by 2020.

A total of €130 million will be invested in this facility, which is supported by both the Irish Government through Enterprise Ireland.

The folk living in Portlaoise will surely be expecting a few free cheese sandwiches for their troubles...

It seems only fair.

Next thing you know Charlie Kelly will be buying a house in Portlaoise...

popular
Katherine Ryan says famous TV star is a ‘predator’ and everyone in industry knows
20 years ago, one of the best sci-fi movies of the 21st century was a box-office bomb
QUIZ: Only the sharpest will get 100% in this General Knowledge test
QUIZ: JOE's Big News Of The Day Quiz #19
The JOE Movie Quiz: Week 181
The JOE Friday Pub Quiz: Week 322
8 Irish Christmas markets and festivals you need to visit this winter
You may also like
3 years ago
Krispy Kreme Dublin are hiring and there are some excellent job perks
3 years ago
These are the Irish jobs which are the best for claiming their tax refunds
4 years ago
Early reports suggest Bank Of Ireland could be cutting up to 20% of their workforce
4 years ago
A new Irish show is seeking music-loving TV presenters and no experience is required
4 years ago
Supermac's to open three new outlets, creating 200 jobs
4 years ago
Irish people wanted for "all expenses paid" work in Dubai
Next Page