In case you've missed it, Top Gear's new host Chris Evans has been down in Kerry this weekend with his partner Matt LeBlanc, filming footage for the show's latest season.

Evans has had some very kind things to say about the Kingdom, but his emotional affiliation with Ireland doesn't stop there.

Speaking to The Independent, Evans revealed that the late Gerry Ryan in 1997 inspired him to buy his own radio station. 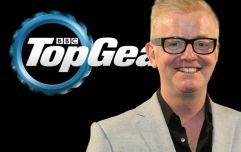 END_OF_DOCUMENT_TOKEN_TO_BE_REPLACED

While on a vacation to the Ring of Kerry, Evans' life plans were deeply impacted by listening to Ryan. He is quoted as saying: "It was because I was listening to Gerry Ryan, he was amazing, and when I returned to England I bought a radio station because of him. So Kerry has so many fond and happy memories for me. Gerry was the best of the best, he's sadly missed."

The Big Reviewski || JOE · The Big Reviewski with Andy Serkis, Squid Game follow-ups & the return of Succession
popular
New €140 million road officially opens today, replacing one of the Ireland's most dangerous roads
Expert wants 10 antigen tests delivered each week to every family this winter
QUIZ: Can you master this General Knowledge Quiz?
The JOE Movie Quiz: Week 124
The cleanest towns in Ireland have been named
The JOE Friday Pub Quiz: Week 265
10 things I learned while rewatching the first two seasons of Succession
You may also like
7 months ago
Former Top Gear presenter and racing driver Sabine Schmitz dies aged 51
2 years ago
Freddie Flintoff crashes during filming for new Top Gear
2 years ago
Matt LeBlanc replaced as Top Gear host
3 years ago
Jeremy Clarkson spins car into studio in first look at new series of Who Wants to be a Millionaire?
3 years ago
Matt LeBlanc reveals how he stepped "into a media sh*tstorm" on Top Gear
4 years ago
Richard Hammond 'air-lifted to hospital' following car-crash in Swiss mountains
Next Page