"Every parent will want to do the right thing to keep their kids safe."

Minister for Health Stephen Donnelly has advised that children avoid major public events such as pantomimes as Christmas comes into focus amidst the latest Covid-19 wave.

According to the Minister, pantomimes may continue to go ahead as planned, but the advice is that only adults should attend.

END_OF_DOCUMENT_TOKEN_TO_BE_REPLACED

In conversation on Today with Claire Byrne on Monday, Donnelly said that financial supports will be provided to affected industries in the wake of booking cancellations.

"For those who are involved it is absolutely heartbreaking," he said.

"Not only are they dealing with all of those cancellations, they have been through what will undoubtedly have been the most horrible year-and-a-half of their professional careers. It is absolutely heartbreaking and Government will definitely looking at any supports that are available, obviously.

"However, I think everyone would appreciate that we have to act in the common good; we have to act and keep people safe... the NPHET advice is there for one reason and it's to keep children safe."

END_OF_DOCUMENT_TOKEN_TO_BE_REPLACED

"I don't see any issue with that whatsoever."

Donnelly added that Cabinet will provide a decision on the general gathering of children on Tuesday.

"NPHET has provided advice – is Government going to endorse that advice? I can tell you as Minister for Health, I do, but Cabinet, as is right and proper, will take a view tomorrow," he said. 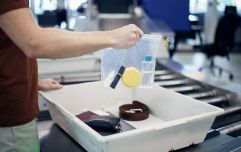 END_OF_DOCUMENT_TOKEN_TO_BE_REPLACED

Asked if a parent is organising a birthday party for their child should they cancel it, Donnelly said:

"Yeah, yeah, absolutely. But remember, for a short period of time – just two or three weeks – and, critically, for the really important reason of keeping children safe.

"Every parent will want to do the right thing to keep their kids safe, that would be the advice."

Responding to the Health Minister's advice, Panti Bliss noted on Twitter that the pantomime industry will likely be adversely affected as a result of the directive.

"A lot of my friends work in and rely on pantos," said Panti.

"They take months of prep, hard work, and lots of money. Telling them the shows can go on while telling audiences to stay away is devastating and can only be read as a way to close them without having to provide financial supports.

"Another example of jobs in the arts not being seen as real jobs. They're just hobbies, and hobbies don't pay your rent or get you a mortgage or feed your kids."

Another example of jobs in the arts not being seen as real jobs. They're just hobbies, and hobbies don't pay your rent or get you a mortgage or feed your kids

Asked by Claire Byrne about the prospects for a "meaningful Christmas" this year, Donnelly replied:

"Now, of course, with this new variant – there is a big question mark," Donnelly continued.

"Ireland and every other country is now looking to and participating in the work to answer these big questions and so there's no Government right now [that] can really predict what measures might be in place in four weeks' time because of this; obviously it's moving very quickly.

"Hopefully, what we're going to find out is that it's no more transmissible than Delta, that it doesn't make people any sicker than Delta, and that the vaccines work."

Elsewhere on Monday, the Health Minister confirmed that the Government has abandoned plans to subsidise antigen tests for the public – thanks to the market sorting it out.

popular
Katherine Ryan says famous TV star is a ‘predator’ and everyone in industry knows
Staff threatened with screwdrivers during armed pharmacy robbery in Dublin
20 years ago, one of the best sci-fi movies of the 21st century was a box-office bomb
The JOE Friday Pub Quiz: Week 322
The JOE Movie Quiz: Week 181
Man fired for not being "fun" at work wins legal battle, nobody has to be fun now
QUIZ: Can you get 100% in our World Cup shocking upsets quiz?
You may also like
3 days ago
"Don't know what you're talking about" – Leo Varadkar blasted for 'grass looks greener' emigration comments
3 days ago
Irish suburb crowned Europe's 'Great Town' of 2022
3 days ago
Family of Irish solicitor and TikTok star Richard Grogan thanks fans for support
4 days ago
Status Yellow weather warning issued for four counties
4 days ago
Employment lawyer and TikTok sensation Richard Grogan has passed away
4 days ago
Government to introduce two new regulations for e-cigarettes
Next Page