The broadcaster also confirmed that details of Sarah McInerney's new role will be revealed in the coming weeks.

RTÉ has announced that Claire Byrne will take over as the new presenter of RTÉ Radio 1's 'Today" programme.

Byrne will take over the show, which is broadcast weekdays from 10am to 12pm, from Monday next week. 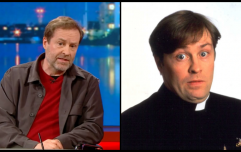 END_OF_DOCUMENT_TOKEN_TO_BE_REPLACED

The show had been presented by Sean O'Rourke until his retirement earlier this year, with the more than capable Sarah McInerney serving as a temporary replacement prior to today's announcement.

RTÉ said details of McInerney's next role will be revealed in the coming weeks.

In a statement following the announcement, Byrne said: "I am truly delighted, honoured and humbled to be taking on this new role at RTÉ Radio 1.

"My job will be to represent the voices of the RTÉ Radio 1 listeners, and to always ask the questions they want answered at this most critical time." 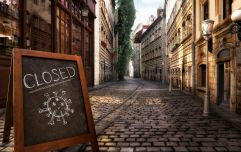 END_OF_DOCUMENT_TOKEN_TO_BE_REPLACED

Claire Byrne Live will also continue and return to RTÉ next month.

“Claire has vast experience across all RTÉ platforms but began her career with radio presenting the Late Debate and subsequently, Saturday with Claire Byrne," said head of Radio 1 Peter Woods.

"She brings that experience, a natural curiosity, focus and real integrity to the Today programme.”

BREAKING: @rte announces that Claire Byrne is the new presenter of @TodayRadioRTE on @RTERadio1.

Claire will be live from 10am on Monday August 24th.@SarahAMcInerney will remain with RTÉ and details of Sarah's next project will be announced in the coming weeks! #TodayRTE pic.twitter.com/Ld691jj97g

popular
20 years ago, one of the best sci-fi movies of the 21st century was a box-office bomb
Peter Kay moved to tears on stage while opening his first stand-up tour in 12 years
Mia Khalifa claims seaside town is better than Miami
U2 drummer Larry Mullen Jr. says band may perform without him in 2023
Patient arrested after switching off roommate's ventilator because it annoyed her
The JOE Movie Quiz: Week 182
Simon Cowell concerns fans with appearance as they 'don't recognise him'
You may also like
1 year ago
Tonight's Claire Byrne Live to ask if it's time for a united Ireland
1 year ago
The Irish Viking, who earns €60,000 each month on OnlyFans, to appear on Claire Byrne Live tonight
2 years ago
Simon Harris: Banks need to show "cop-on, common sense and compassion" during Covid-19 crisis
3 years ago
RTÉ wants more taxpayer money. We should laugh in their faces
3 years ago
Family of murdered Clodagh Hawe urge public not to donate to GoFundMe page
3 years ago
WATCH: "Derry Girls is the closest I've seen to a hard border" says audience member at Claire Byrne Live
Next Page