Typos are a curse, and even though we claim to be above and beyond making such errors we know that even your Pulitzer Prize-winning JOE scribes have had the odd slip from time to time.

But we've never killed off the President of the USA.

The news segment focused on Robert O'Neill, a Navy SEAL, who claims to have shot and killed Osama bin Laden in the 2011 raid on a Pakistani compound.

CNN eventually changed 'Obama' to 'Bin Laden' but not after the screengrabs had been taken. 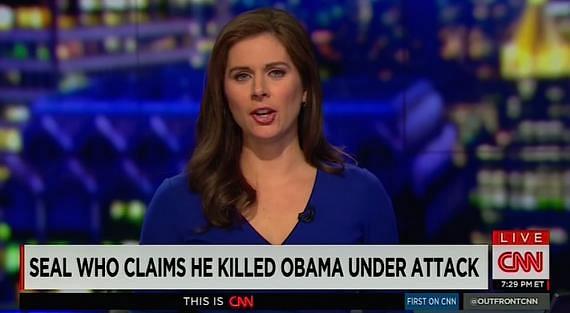 popular
Disney+ has just added 10 big movies to its library
QUIZ: You'll do well to get 100% in this General Knowledge Quiz
QUIZ: How well do you really know Irish weather?
The new Garda uniform has finally hit the streets
The JOE Movie Quiz: Week 167
25 years ago, Sylvester Stallone delivered his best performance in a hard-hitting crime drama
QUIZ: Can you get 10/10 in this Irish sayings quiz?
You may also like
3 days ago
WATCH: Flight makes scary 'lowest ever landing' at Greek airport, narrowly avoiding plane spotters
3 days ago
Actress Anne Heche "not expected" to survive coma following car crash
6 days ago
Ryanair expects "zero disruptions" from strikes by Spanish cabin crew unions
1 week ago
Archie Battersbee dies aged 12 as life support is withdrawn
1 week ago
Actress Anne Heche reportedly in critical condition after fiery car crash
1 week ago
Too little too late for sorry Alex Jones as he's hit with $4 million bill over Sandy Hook conspiracy claims
Next Page