CNN has called the American presidential election for Joe Biden

Joe Biden will be the 46th president of the United State of America.

CNN has officially declared Joe Biden the President of the United States.

The 20 projected electoral college votes from Pennsylvania took him over the 270 college electoral votes threshold.

Biden will be the 46th President of the US, while Kamala Harris will become the first-ever female Vice-President.

Here is the moment CNN called it for Biden:

Here is the moment that Wolf Blitzer projected Joe Biden has been elected president pic.twitter.com/8zDi4hPodF

Biden said on Twitter that he is "honoured" to have been chosen to lead America.

America, I’m honored that you have chosen me to lead our great country.

The work ahead of us will be hard, but I promise you this: I will be a President for all Americans — whether you voted for me or not.

I will keep the faith that you have placed in me. pic.twitter.com/moA9qhmjn8

At one stage on Wednesday, Trump led by over 600,000 votes in Pennsylvania as they counted the election day ballots first. 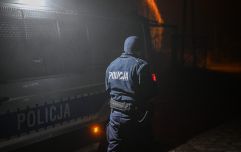 END_OF_DOCUMENT_TOKEN_TO_BE_REPLACED

As the mail-in ballots were counted over the past few days Joe Biden began to reel in Trump, passing him out Friday lunchtime.

The mail-in ballot was a popular choice amongst voters across America because of the surging Coronavirus cases in many US states.

These votes were expected to and have in fact skewed Democrat, predominantly because Trump encouraged Republican voters to vote on the day due to unfounded and baseless concerns about 'voter fraud'.

Joe Biden also holds a lead in Nevada, Georgia and Arizona but he does not require the votes from any of those states now that he has won Pennsylvania.

Biden is expected to make a speech shortly.

popular
Simon Cowell concerns fans with appearance as they 'don't recognise him'
Miss Croatia wears revealing outfit at World Cup game despite Qatar's dress code
Orange is the New Black actor Brad William Henke dead aged 56
Netflix has just added 30 big movies to its library
18 very affordable gifts for your aul' fella or brother this Christmas
Junior doctor 'fell asleep' at the wheel after 12-hour shift then mowed down two women and two kids
No, we've never heard of the new "best movie ever made" either
You may also like
2 months ago
Donald Trump mocks Joe Biden for sitting 14 rows back at Queen Elizabeth's funeral
3 months ago
Donald Trump says FBI agents 'raided' his Mar-a-Lago Florida home
4 months ago
Osama Bin Laden's successor killed in US drone strike
6 months ago
Former Brexit minister tells US Government to not lecture UK on Northern Ireland Protocol
7 months ago
Joe Biden writes heartfelt letter to the people of Mayo
7 months ago
US President Biden accuses Putin of genocide in Ukraine
Next Page