Show some love for the friendly Dubliner and Corkonian in your life.

Isn't it lovely that the capital - and the county that considers itself to be the real capital - are both being acknowledged as friendly cities? Awww!

Now, when we reveal the actual rankings, we suspect that the rivalry will be far more intense than the recent meeting of both counties in the Super 8s because let's be honest, this fight deserves it's own monologue.

After all, it's the Lee vs the Liffey. Murphy’s vs Guinness. Patrick's Street vs Grafton Street.

In the red corner, we've got a city with the steel of Roy Keane, the talent of Cillian Murphy, and the fierce patriotism of Michael Collins (we're not getting into the Treaty debate here!). It's the one and only...Rebel County!

In the blue corner, it's the real capital of Ireland with the wit of Oscar Wilde, the charm of Phil Lynott, and the soul of Luke Kelly. The cultural heartbeat of the country and home to more Irish people than any other place in the world...Dublin!

(Cue every single Corkonian calling this list a load of bollocks!)

As for the The People's Republic of Cork, the county sits proudly at number 17 out of 50 destinations that were named on Big 7 Travel's list. 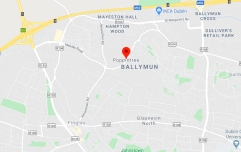 END_OF_DOCUMENT_TOKEN_TO_BE_REPLACED

In terms of the publication's description of life on Leeside, they said that "Cork is a charming and compact riverside city, where the chances of a stranger saying hi to you on the street are likely."

Dublin was ranked as the sixth most friendly city in the world and Dubliners were praised for their sense of humour.

"For such a small city, Dublin packs a serious punch when it comes to friendliness. People here are good-natured, with a good sense of humour. Whether you’re lost or just looking for a chat in a pub, Dubliners will be on hand to help out. Locals even thank the bus driver – the perfect example of classic Irish warmth!," they said.

In terms of the most friendly place  in the world, Vancouver took that accolade with Bruges (shit hole) and Kuala Lumpur completing the top three.

The data was gathered from a survey of their 1.5 million social media followers.

Truth be told, we'd love nothing more than for Dubliners and Corkonians to start fighting it out in the comments section.


popular
Singer Duffy reveals she was drugged and raped while being held captive
One lucky player in Ireland is €500,000 richer after Tuesday night's Euromillions draw
Rallies prove that Sinn Féin are playing the game better than anyone else right now
QUIZ: Can you name the capital cities of these 30 countries? (Part Two)
Met Éireann issues snow/ice warning for three counties
IRFU seek urgent meeting with Simon Harris over "specific reasoning" behind Ireland vs Italy game cancellation
Lonely Planet have created an alternative bucket list for those travelling around Ireland
You may also like
1 week ago
Two men arrested in connection with shooting in Lucan in November
1 week ago
Investigation launched into Phibsborough incident following match
2 weeks ago
Woman arrested after man stabbed multiple times in serious assault in Dublin
3 weeks ago
Rent prices fall for this first time in seven years, but it is still mostly bad news
3 weeks ago
Gardaí share images of cash and clothes following seizure in Dublin
4 weeks ago
LEON to open its second Dublin restaurant in February
Next Page