A man demanded cash from staff before fleeing the scene empty-handed.

Gardaí have arrested a man in his late teens following an attempted aggravated robbery in Cork.

The incident occurred on Thursday morning (7 October) at a shop in Myrtleville. 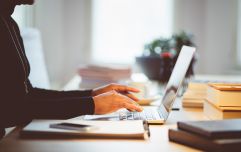 END_OF_DOCUMENT_TOKEN_TO_BE_REPLACED

A Garda spokesperson told JOE that a man entered the shop and demanded cash from the staff before fleeing the scene empty-handed.

Just a short time later, the man in his late teens was arrested and taken to Gurranbraher Garda Station where he is currently detained under Section 4 of the Criminal Justice Act, 1984.

An investigation into the attempted aggravated robbery is ongoing.

popular
Amazon Prime Video has quietly added 18 big releases to its library
Confirmation on lifting of restrictions for pubs and events expected this week
David Jason says he wants to play Del Boy in Only Fools And Horses again
Here's where all the 149 tickets that won €36,687 in Saturday's Lotto were sold
That Nic Cage film everyone is talking about is finally available to watch at home
QUIZ: Can you name all the US states with a smaller population than Ireland?
Put the pedal to the metal with this General Knowledge Quiz
You may also like
3 hours ago
Over 90,000 dwellings in Ireland are vacant
5 hours ago
Confirmation on lifting of restrictions for pubs and events expected this week
6 hours ago
Funeral of Ashling Murphy to take place today
19 hours ago
Gardaí appeal for information on man in black tracksuit as part of Ashling Murphy murder investigation
22 hours ago
New proposals published for 543 social and cost-rental homes in Dublin
22 hours ago
Opposition parties call for Government to consider "Hybrid Leaving Cert"
Next Page