This is not right.

A couple who were the subject of online abuse after appearing in an advertising campaign for a supermarket chain have left Ireland after they received a death threat.

Fiona Ryan, her fiancé Jonathan Mathis and their 22-month-old son featured in a television and billboard campaign for supermarket chain Lidl. The billboard ad featuring their photograph began appearing in early September this year. 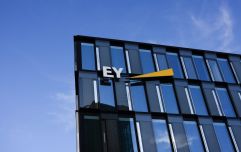 END_OF_DOCUMENT_TOKEN_TO_BE_REPLACED

The couple appeared on The Late Late Show on Friday night to discuss the abuse and insults they'd received and how they'd decided to leave the country as a result.

“German dump @lidl_ireland gaslighting the Irish people with their multicultural version of ‘The Ryans’. Kidding no-one! Resist the Great Replacement wherever you can by giving this kip a wide berth. #ShopIrish #BuyIrish.”

The comment was posted by Gemma O'Doherty, a former journalist who unsuccessfully sought to run in the Irish presidential election last year and unsuccessfully ran for the European Parliament in this year's European elections.

Speaking on the Late Late, Fiona Ryan said they'd had a harrowing few days since speaking out about the online abuse they'd received, but made the decision to leave when the threats were directed at their son.

"The reason we felt like we needed to leave was actually because last week we received a death threat, so it gets a bit scary," she said.

"It's directed at Jonah as well. They're talking about harming and death to my partner and my child. So I'm not going to stay in a country that this is allowed." 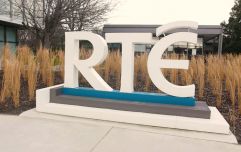 END_OF_DOCUMENT_TOKEN_TO_BE_REPLACED

She said the abuse came from multiple social media platforms and when she reported it to Gardaí, they told her it was a civil matter and they couldn't do anything about it.

“It was all over Facebook and Twitter, people were trying to get into our accounts, that kind of thing and just saying whatever they want.

“The comments came in mainly through Twitter but then there was quite a lot of strong ones on Facebook. That resulted in a message coming through about the threats and stuff like that," she said.

Her partner Jonathan Mathis said that racial abuse is something he has suffered his whole life, saying it had become normal for him and that it comes from people "filled with hate."