The controversy surrounding the gathering continues.

The Oireachtas Foreign Affairs Committee has decided to invite Minister Simon Coveney to appear before it in order to answer questions about the controversial champagne celebration that occurred in his department, according to reports.

It emerged last month that as many as 20 Department of Foreign Affairs (DFA) senior officials and staff gathered at the department's headquarters in Iveagh House on 17 June, 2020.

END_OF_DOCUMENT_TOKEN_TO_BE_REPLACED

The gathering was held following Ireland's election to the United Nations Security Council, with a selfie photograph taken and subsequently tweeted by the department's Secretary General at the time, Niall Burgess, showing officials and staff standing close together without face coverings.

The photo has since been deleted from the platform.

At the time of the gathering, Ireland was in Phase Two of its initial reopening plan.

During this time, Covid restrictions meant that people were only permitted to meet up with six other individuals from outside their household.

END_OF_DOCUMENT_TOKEN_TO_BE_REPLACED

Coveney has denied attending the celebration and last week, the Foreign Affairs Minister ordered an internal investigation in his department into the gathering, which will be compiled by current Secretary General for the department Joe Hackett.

RTÉ reports that, on Tuesday (18 January), members of the committee met and decided to write to the Minister asking for the terms of reference of the internal investigation.

According to the broadcaster, it is understood that concerns will be expressed in the letter about the investigation.

RTÉ also said that the committee agreed to invite Coveney to address them after the investigation is completed. 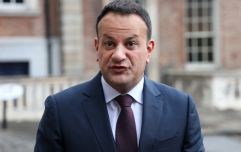 Relations between the British and Irish Governments "not good", says Varadkar

END_OF_DOCUMENT_TOKEN_TO_BE_REPLACED

Speaking about the gathering last Friday, Coveney said that the DFA officials were all "mortified by what happened" and that lessons were learned from the incident.

"That shouldn't have happened and the department has apologised for it," he told RTÉ News at One.

The Minister also said on the programme he would "of course" go before the Oireachtas Foreign Affairs Committee if he was asked to answer further questions on the matter.