"We're not sure what we're going to see next week"

Acting Chief Medical Officer Dr Ronan Glynn warned this evening that there is uncertainty about Covid-19's spread in the Republic of Ireland next week, and warned that the cases reported in the next 7 days have already "been seeded".

Yesterday, the Republic of Ireland's planned move to the fourth and final phase of the government roadmap was postponed until 10 August, amid a concerning increase in confirmed cases.

END_OF_DOCUMENT_TOKEN_TO_BE_REPLACED

Face coverings will also become mandatory in retail settings, and people are being asked to restrict the number of people visiting a household to 10 additional people and 4 additional households.

At Thursday's Department of Health briefing, Professor Philip Nolan, Chair of the NPHET Irish Epidemiological Modelling Advisory Group, said that the best estimate for the R-number here is currently at 1.4, but it may be as high as 1.8. Minister for Health Stephen Donnelly said earlier that if the R-number is at 1.8, that  "we could be up to 150-160 (cases) per day" in three weeks' time.

The vast majority of cases that we have in this country are cases that arose in this country, and it is everyone’s responsibility to control the spread of this disease, says Dr Ronan Glynn. | Read more: https://t.co/yIuU1bPe5k pic.twitter.com/km0tYtOOEU

Speaking at the briefing on Thursday evening, Dr Glynn said that the "dye is cast" in terms of the confirmed cases of the virus that will be reported next week, but beyond that is still capable of changing;

"The cases which we will report next week have already been seeded, however we have the power to limit the spread and impact of the disease beyond that; the way we do so is through following public health advice, avoiding high risk situations and encouraging our friends and family to do the same". 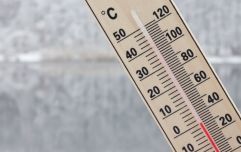 END_OF_DOCUMENT_TOKEN_TO_BE_REPLACED

With the levels of Covid-19 relatively low in Ireland, the R-number (the number of people someone with Covid-19 would be expected to transmit the illness to) is more volatile and harder to detect than in previous months.

Dr Glynn sounded a note of caution around this, and said public health officials cannot be sure what number of cases will be reported in the next few days;

"We're in a time of uncertainty in relation to this disease. We're not sure what we're going to see next week"

"We're in an uncertain situation. The one thing we know is that the Reproduction number is above 1. What we don't know is how far above 1.

"That means for the next couple of weeks we're in quite a precarious situation in terms of where this disease will track... the opportunity is here now to bring the transmission of this disease back under control."

House of Rugby Ireland · Munster's nail-biting win, European games in doubt and Darren Cave interview
popular
The JOE Movie Quiz: Week 85
QUIZ: Can you name the Marvel Cinematic Universe film from just a single screen shot?
QUIZ: Name all the countries of the EU that contain 2 vowels or less
QUIZ: Can you pass your driving test and guess the meaning of all these road signs?
The JOE Friday Pub Quiz: Week 226
QUIZ: Can you correctly identify these European country flags?
QUIZ: Can you guess the drink from its can?
You may also like
2 months ago
QUIZ: Can you identify these Irish towns on a map?
2 months ago
QUIZ: Can you name all the US states with a smaller population than Ireland?
2 months ago
Three Status Yellow weather warnings issued, affecting eight counties
3 months ago
7 gazebos from €40 to €12,000 for your outdoor entertaining
3 months ago
396 new cases of Covid-19, 9 people admitted to hospital in last 24 hours
4 days ago
Revolut offers advice on how to prevent scams, as people losing money to scammers "is on the increase"
Next Page