Covid-19 vaccine will be available in 2021, says US expert

"We should know by the end of December of this year, the beginning of next year."

America's top infectious diseases expert has said that "normality" can be expected to return in 2021.

Doctor Anthony Fauci said that based on the current information, "we could start talking about real normality again" at some point next year. 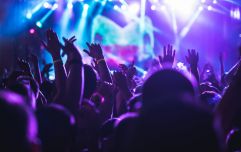 END_OF_DOCUMENT_TOKEN_TO_BE_REPLACED

Speaking to the Washington Post, he said: "I think we will likely know whether a vaccine is safe and effective given the number of phase three trials that are starting literally next week - and there are some in other countries that are already ongoing - that we should know by the end of December of this year, the beginning of next year.

"I think as we get into 2021, several months in, that you would have a vaccine that would be widely available to people in the United States."

While Fauci referred to the vaccine in the US, there are a number of positive news stories breaking with regards to Covid vaccines from around the world.

Last week saw news emerge that a coronavirus vaccine that has been developed by the University of Oxford appears to be "safe" and trains the immune system to fight the virus, according to recent trials.

Trials involving 1,077 people showed the injection led to the creation of antibodies and white blood cells that appear to be able to fight Covid-19.

The Big Reviewski || JOE · The Big Reviewski with Y: The Last Man, that Malignant ending & a secret streaming service
popular
Irish pubs and nightclubs could be given 6am closing time after 22 October reopening
Here's the line-up for this week's episode of The Late Late Show
Fuel prices set to rise in Budget 2022
What can you actually do if someone tries to pay you with a bucket of coins?
Marc MacSharry sticks the boot into Micheál Martin on his way out the door
Simon Harris is absolutely not having any of these leak accusations
The 50 most iconic songs of all time* have been revealed
You may also like
23 hours ago
Date, acts and location for Irish nightclub pilot event finally announced
1 day ago
HR Specialist says employers are "legally not allowed to ask" if employees have been vaccinated
1 day ago
Further restrictions may still be required in the future, says Tony Holohan
3 days ago
UK confirms planned use of vaccine passports in nightclubs will be scrapped
4 days ago
1,346 new Covid-19 cases as "no doubt" HSE will be dealing with virus through Winter
6 days ago
1,292 new Covid-19 cases reported in Ireland as virus hospitalisations stand at 331
Next Page