A crypto-themed restaurant is no longer accepting cryptocurrency as payment

The restaurant had claimed to be the first to accept Ethereum and ApeCoin.

A crypto-themed restaurant has reportedly had to stop accepting cryptocurrency as a form of payment following a devastating period for the crypto market.

Bored & Hungry opened in Long Beach, California, earlier this year and proudly boasted that it would be the first restaurant in the world to accept Ethereum and ApeCoin as payment for its burgers.

END_OF_DOCUMENT_TOKEN_TO_BE_REPLACED

But following a major crypto crash earlier this month - which has supposedly left Jake Paul broke - the restaurant is now only accepting traditional dollars in exchange for its food, the Los Angeles Times reports.

Ethereum and ApeCoin are both down by more than 60 percent since the start of April and are going through an incredibly volatile period, just like much of the market.

END_OF_DOCUMENT_TOKEN_TO_BE_REPLACED

It would therefore not be surprising from a business point of view if the restaurant had decided to revert back to a more stable currency in the form of good old fashioned money.

And an employee at Bored & Hungry could not confirm to the LA Times whether the restaurant would ever start accepting crypto as payment again, even when the market stabilises.

Another member of staff at the restaurant said the crypto payments had often been "unwieldy" and the gimmick had largely been ignored by customers.

Despite these reports, one of the restaurant's co-founders has since taken to Twitter to deny that the restaurant has stopped accepting crypto, and is simply "adjusting the crypto pricing to match USD (US dollars)."

Lmao! Fake news! Why on earth would we stop accepting crypto at @BoredNHngry ? We would just adjust the crypto pricing to match usd. We still and always will accept ETH & ApeCoin at our store https://t.co/71qZaNm6YP 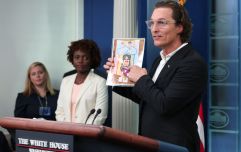 END_OF_DOCUMENT_TOKEN_TO_BE_REPLACED

Earlier this month, the crypto market crashed with the biggest currency Bitcoin falling by 25 percent in the space of a week and trading at its lowest value for 18 months.

This was followed by the largest global crypto exchange platform pausing all Bitcoin withdrawals for a few hours, and crypto lender Celsius doing the same because of "extreme market conditions."

It is thought that despite being an unregulated world that likes to boast about not being controlled by any bank or government, cryptocurrency was unable to avoid being impacted by the wider economic climate, with investors less keen to buy crypto and traders selling up.

popular
The JOE Friday Pub Quiz: Week 307
QUIZ: You'll need to be razor-sharp to get 100% in this General Knowledge Quiz
An exciting Irish crime thriller is among the movies on TV tonight
James May reportedly hospitalised after crashing into wall at 75mph filming new show
Shooting stars set to light up Ireland's skies this weekend
The JOE Music Quiz: Week 117
Record for hottest August day in Ireland ever has now been broken
You may also like
1 month ago
Aer Lingus announces flash sale on flights to America this summer
2 months ago
Texas shooting: Gunman posted warnings on Facebook just minutes before shooting
2 months ago
Powerful moment lawmaker gets emotional on Senate floor over Texas school shooting
3 months ago
Man wins $450,000 lawsuit after employer threw him a birthday party he didn't ask for
8 months ago
Deaths confirmed after Amazon warehouse partially collapses in "mass casualty" incident
3 days ago
Wednesday was the hottest August day in Ireland in almost two decades
Next Page