Does this tally with your experience of working life after college?

A study of Irish higher education graduates in Ireland over five years showed that median weekly earnings were €420 per week in the first week after graduation and €640 per week five years later.

The study, a collaborative project between the Central Statistics Office (CSO) and the Higher Education Authority (HEA) involved students in higher education in Ireland from 2010 to 2014 and analysed the outcomes of graduates in terms of employment, re-enrolment in education, the industry sectors in which graduates work and their earnings over time. 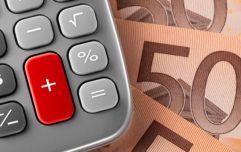 END_OF_DOCUMENT_TOKEN_TO_BE_REPLACED

Amongst the findings revealed in the study was that, in the first year after graduation, median weekly earnings were equal for men and women at €420 per week.

After five years, however, median weekly earnings for men, at €655 per week, were €20 above the figure of €635 per week for women.

In terms of employment, perhaps reflective of the upturn in the economy in recent years, the study showed that 76% of 2014 graduates were in substantial employment in the first year after graduation, compared to 66% of 2010 graduates.

Substantial employment refers to graduates who reach a threshold of 12 weeks of work within the year and receive average weekly earnings of at least €100, or have substantial self-employment, only within the Republic of Ireland is considered.

A graduate’s weekly earnings, meanwhile, is calculated as the total gross pay from their main employer divided by the weeks of insurable work.

The field of study with the highest median weekly earnings for 2010 graduates five years after graduation was Information & Communication Technology at €775 per week, followed by Education at €740 and Health & Welfare at €705. 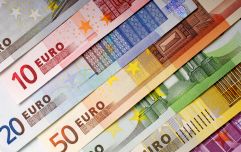 New special payment for workers laid off during pandemic - Who is eligible and what are they entitled to?

END_OF_DOCUMENT_TOKEN_TO_BE_REPLACED

Median weekly earnings for Education graduates in their first year after graduation dropped from €705 for 2010 graduates to €560 for 2014 graduates. The median for Health & Welfare also dropped, from €590 to €565, over the same time period.

You can read more about the study on the CSO website.

The Big Reviewski || JOE · The Big Reviewski with Ray Liotta, Goodfellas facts & Tom Hanks making us cry
popular
The JOE Friday Pub Quiz: Week 262
The 50 most iconic songs of all time* have been revealed
Jason Byrne forced to cancel tour dates due to a heart condition
The five best true crime documentaries to watch on Netflix this weekend
PICS: The man with the biggest penis in the world has one unbelievable problem with it
BBC reporter covering petrol shortage called Phil McCann
QUIZ: How well do you know the life and work of Denzel Washington?
You may also like
6 months ago
Need some easy-to-follow advice on how to manage your money? Just askpaul
7 months ago
30% of PAYE taxpayers overpaid in 2020
8 months ago
Wealth of Irish billionaires increased by €3.3bn during Covid-19 pandemic
8 months ago
Irish workers urged to check if they are entitled to tax rebates now a New Year has arrived
8 months ago
Revolut offers advice on how to prevent scams, as people losing money to scammers "is on the increase"
8 months ago
Thousands of PUP and TWSS recipients will receive a tax bill from Revenue this week
Next Page