The measures will apply to all houses in the State, however, apartments will be excluded.

A plan that will see bulk purchases of ten or more houses being subject to 10% stamp duty has been approved by Government without a vote in the Dáil on Wednesday.

The Cabinet already agreed to the measure which was passed this evening earlier in the week.

END_OF_DOCUMENT_TOKEN_TO_BE_REPLACED

The measures will apply to all houses in the State, however, apartments will be excluded as a Sinn Fein amendment to include apartments in the new stamp duty rules was also voted down by Government.

Speaking at a press conference on Tuesday, Minister for Finance Paschal Donohoe said that the move is intended to "provide a very significant disincentive" for investment funds.

"This is a measure that focuses on the purchase of houses, and we are doing this because of a recognition that apartment developers, in particular, do face significant viability challenges at the time", he said. 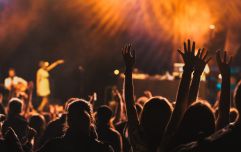 Ticket prices for concerts set to rise due to inflation

END_OF_DOCUMENT_TOKEN_TO_BE_REPLACED

Donohoe said that the new measures would come into effect from midnight on Thursday 20 May.

The Affordable Housing Bill will also be amended to allow local authorities to grant planning permission, provided that a percentage of homes are reserved for owner-occupiers.

The measures come as the Government came under fire last month after an estate of 112 houses in Kildare was bought by an institutional investor.