Sure look, who needs sleep anyway?

Students commit to staying in DCU's School of Communications building, the Henry Grattan, and will be creating 24 hours worth of content all in the name of a brilliant cause.

They successfully raised over €10,000 for SOSAD, a charity that aims to help prevent suicide and improve the lives of all people affected by depression and suicide.

And they are back doing the same again this year!

The charity of choice for 2018's event is Aoibheann's Pink Tie, which aims to support children and families going through treatment for cancer.

Students taking part in the broadcast posted a video which does a great job in explaining the benefit of this charity in particular.

The society boasts that there is something for everyone to get involved in, be it filming, producing, presenting, editing, creating behind the scenes content, promoting the broadcast on social media or a little bit of everything. 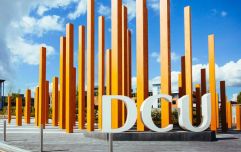 END_OF_DOCUMENT_TOKEN_TO_BE_REPLACED

DCUtv 24 Hour Broadcast in aid of Aoibheann’s Pink Tie, which is sponsored by Bank of Ireland, runs from 9pm on Friday 30 November to 9pm Saturday 1 December.

The charity was suggested by committee members, Cathal O’Rourke and Sarah O’Dwyer.

Commenting on the suggestion of Aoibheann’s Pink Tie as the benificiaries this year, Cathal said: "When I was a child I learned that my father had lost his older brother in his youth due to cancer.

"He died very shortly after his diagnosis, the reason for this being his family didn't have the financial means to pay for his treatment.

"I don't think any family should ever have to be put into the position where they cannot pay for the treatment of their child’s disease, so I’m delighted that we’ve chosen Aoibheann’s Pink Tie as our charity this year for the DCUtv 24 Hour Broadcast."

If you want to watch the broadcast, or to donate to the charity, visit the official MPS website here or you can follow the antics throughout the night with the hashtag #DCUtv24.

Fair play to all involved.


popular
QUIZ: How many of these Derry Girls characters can you name?
Sinn Féin announce a series of public rallies to take place in five counties
QUIZ: Can you name the Sega Mega Drive game from the screenshot?
How well do you remember these classic PlayStation 2 games?
Met Éireann issue rainfall warning for 19 counties, with a side of snow
The JOE Friday Pub Quiz: Week 179
5 new Netflix additions to spend your weekend watching
You may also like
5 months ago
DCU have changed the name of their weekly Shite Nite event
5 months ago
Housing crisis has spread like a cancer, and now it's infecting our education system
11 months ago
Deliveroo reveal the most popular dish for every Dublin college
1 year ago
Tyson Fury Dublin and Cork gigs cancelled following "minor criminal damage" to Helix theatre
1 year ago
DCU students raise nearly €9,000 for charity following annual 24-hour broadcast
1 year ago
WATCH: Gardaí carried out a major emergency training exercise in DCU on Friday night
Next Page