"These sorts of incidents can occur at ceremonial events where Defence Forces personnel are standing to attention for prolonged periods of time."

An Irish Defence Forces soldier is recovering after appearing to faint and collapse during a televised speech by Taoiseach Micheál Martin on Sunday (21 August).

A ceremony to mark the centenary of the death of Michael Collins took place in Béal na Bláth in Cork on Sunday afternoon, with the Defence Forces in attendance to help commemorate the historic Irish revolutionary.

Taoiseach Micheál Martin was also present, delivering a speech in honour of Collins. During his address, which was broadcast on RTÉ, a Defence Forces soldier positioned behind the Taoiseach visibly collapsed and fell to the ground. 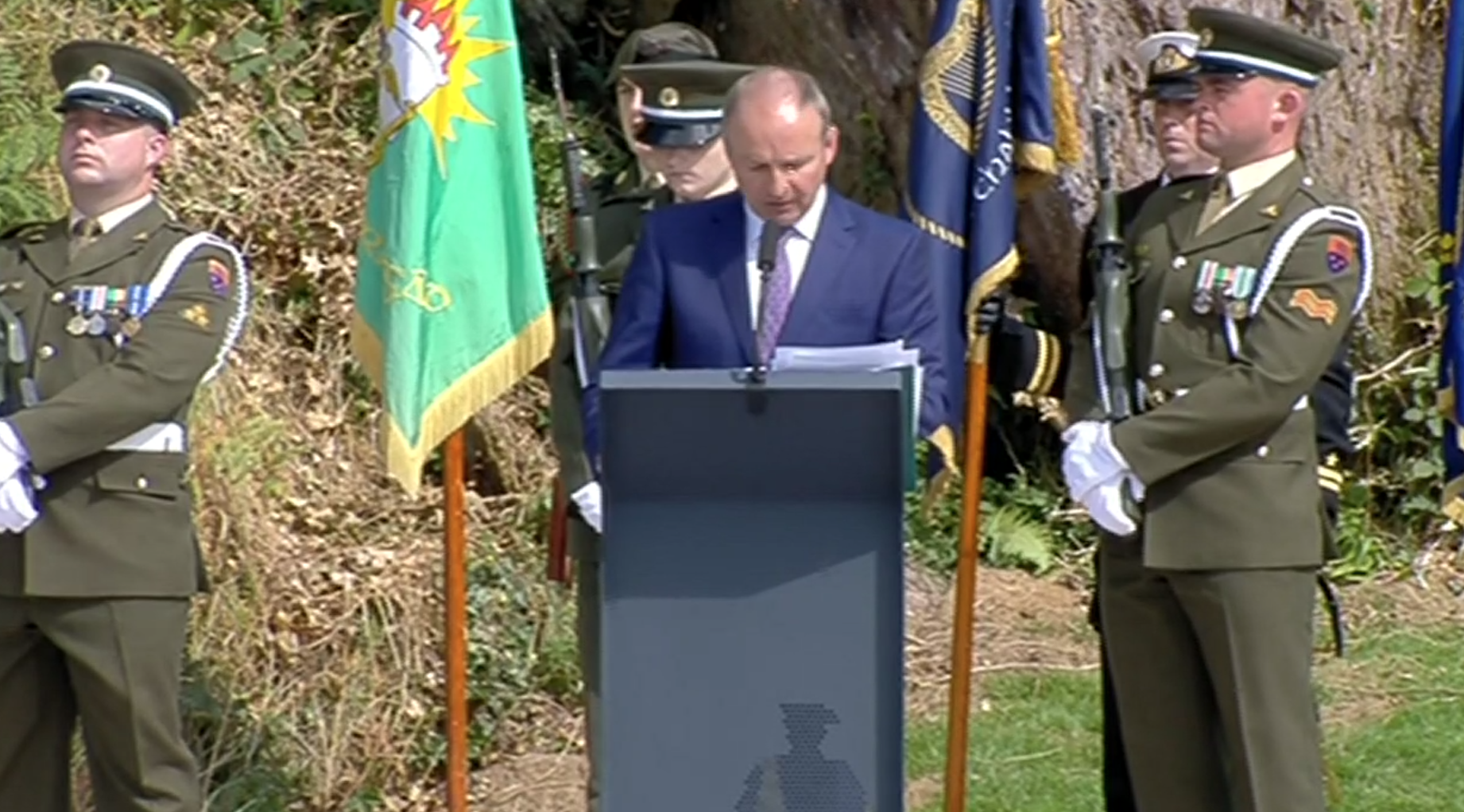 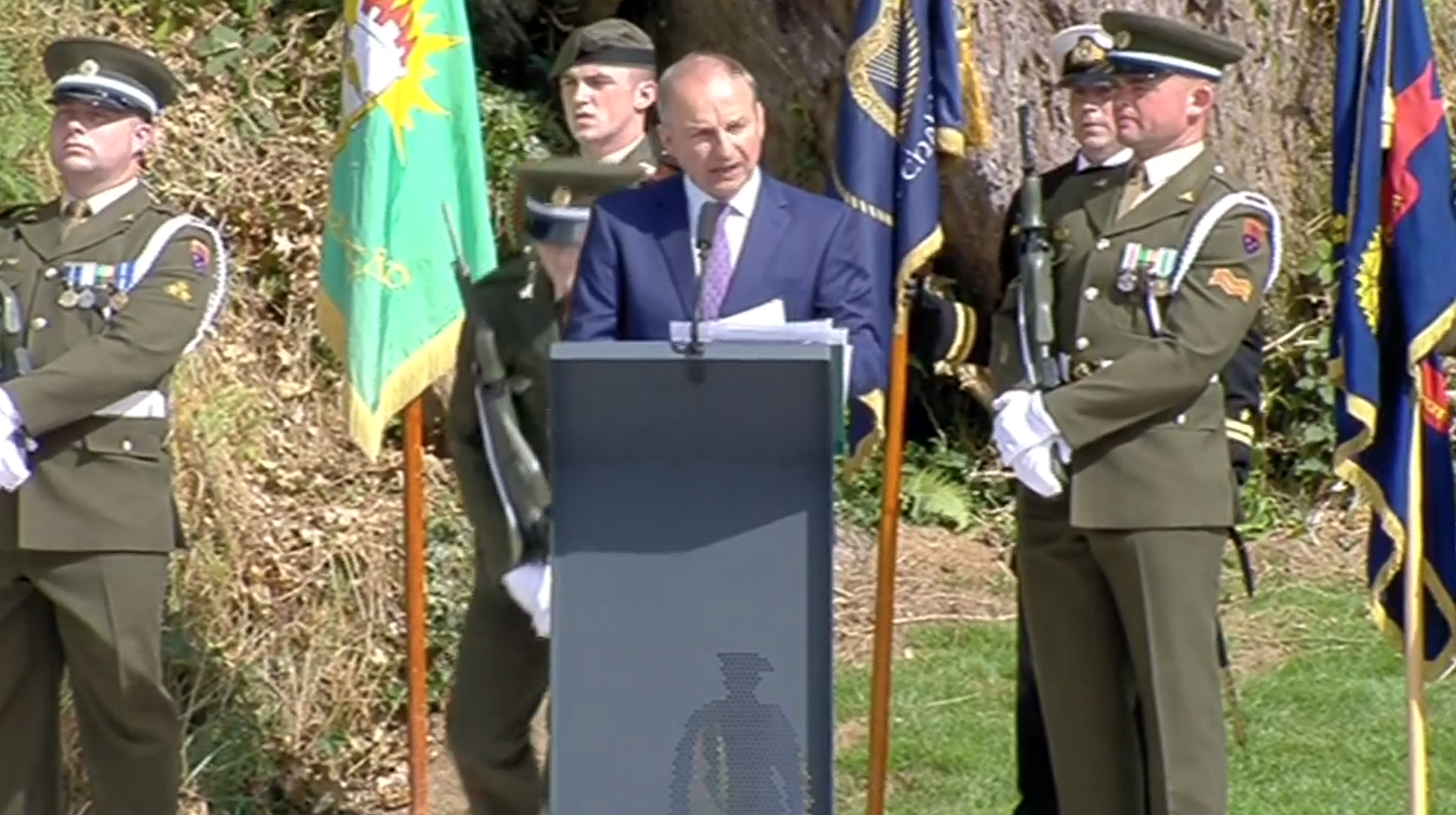 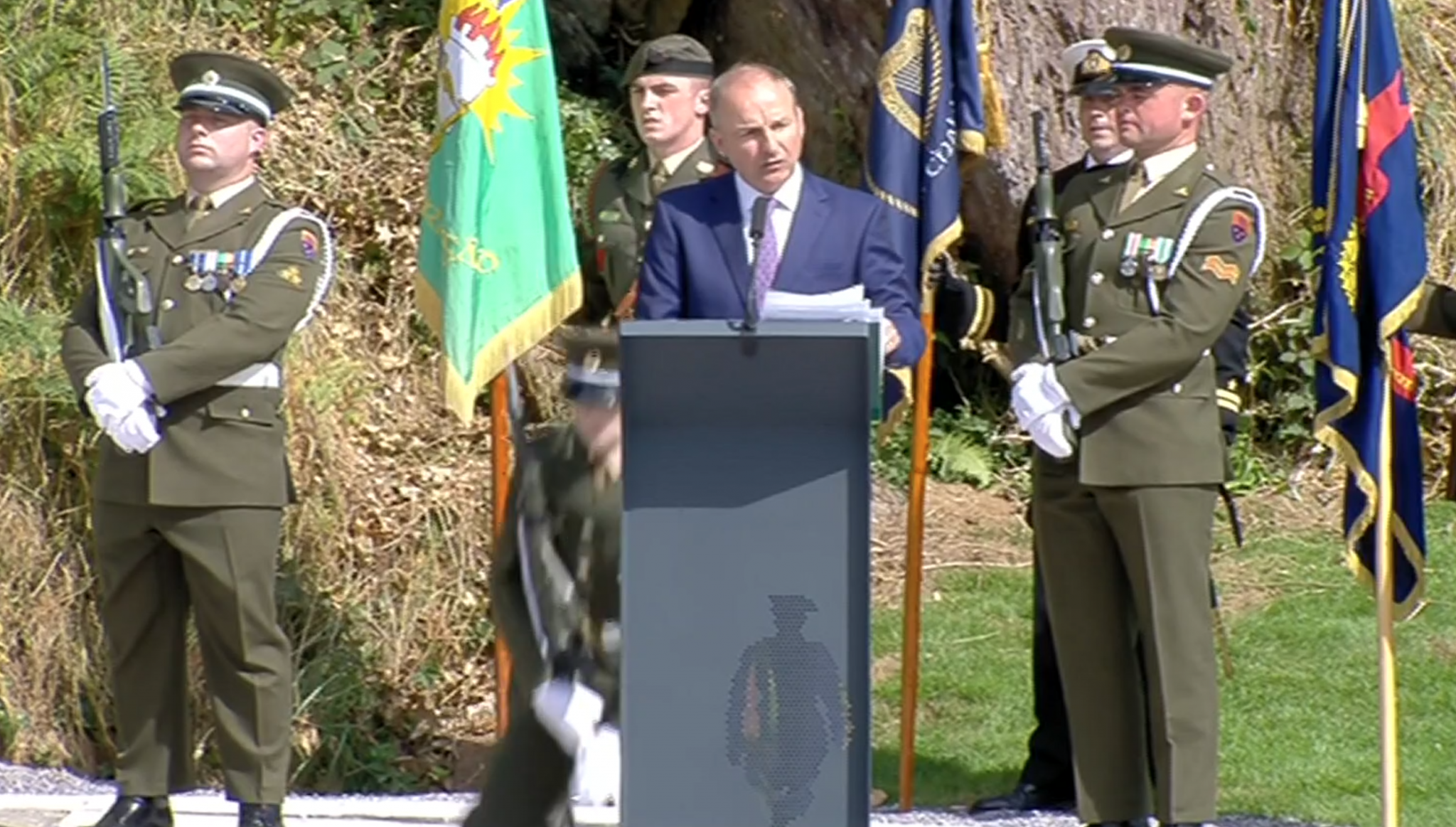 END_OF_DOCUMENT_TOKEN_TO_BE_REPLACED

Following a brief pause, the soldier was attended to by his colleagues and applauded by the onlooking crowd before the Taoiseach resumed his speech.

Over 10,000 people attended the ceremony.

As of Monday morning, the soldier is recovering and is said to be in good condition.

"I can confirm that the soldier in question is okay and did not suffer any injuries," a Defence Forces spokesperson told JOE.

"These sorts of incidents can occur at ceremonial events where Defence Forces personnel are standing to attention for prolonged periods of time, and as yesterday, in very warm conditions."

Members of Óglaigh na hÉireann were proud to participate in today's commemoration to mark the centenary of the death of General Michael Collins at Béal na Bláth today.

"Michael Collins is a giant of Irish revolutionary struggle," McDonald wrote on Twitter.

"He deserves commemoration and respect from all. Having broadcast a live Fianna Fáil / Fine Gael event, I assume that RTÉ will also broadcast a Sinn Féin event as we mark and remember other Republican revolutionary leaders this year?"

Fine Gael's celebration of Michael Collins is also manifesting in a somewhat unexpected way; the party is teaming up with Omniplex cinemas to screen Neil Jordan's 1996 film on Collins in 19 cinemas across the country.

Michael Collins is a giant of Irish revolutionary struggle. He deserves commemoration & respect from all. Having broadcast live a FF/FG event I assume that @rte will also broadcast a SF event as we mark and remember other Republican revolutionary leaders this year?

popular
One of the best movies of the decade has just been added to Netflix
20 years ago, one of the best sci-fi movies of the 21st century was a box-office bomb
Katherine Ryan says famous TV star is a ‘predator’ and everyone in industry knows
Surprise frontrunner emerges as potential next James Bond as producers 'love him'
U2 drummer Larry Mullen Jr. says band may perform without him in 2023
One of the scariest films of all time is among the movies on TV tonight
Prime Video has just added 26 very big movies to its library
You may also like
1 day ago
Boy seriously injured after alleged dog attack in Wexford
1 day ago
Very popular US fast food chain planning to open in Ireland
2 days ago
Angle grinder used to steal safe from security van in Dublin
2 days ago
Staff threatened with screwdrivers during armed pharmacy robbery in Dublin
3 days ago
Three counties hit with weather warning for this weekend over "very strong" winds
4 days ago
"Enhanced x-ray technology" being trialled at Dublin Airport could lead to removal of 100ml liquid rule
Next Page