"These very young people are influenced by the things they see on TV."

The Department of Health in Northern Ireland has said that it has no plans to ban under 18s from getting dermal fillers.

The Department told the BBC on Tuesday that it has no plans to legislate on the issue after a new law in England means children in the country will be prevented from getting cosmetic injections. 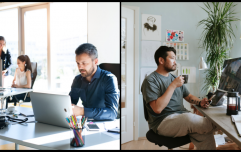 END_OF_DOCUMENT_TOKEN_TO_BE_REPLACED

Similar legislation is expected to be passed in Wales and Scotland in the near future.

However, it is unknown if legislation will be brought in to prevent under-18s from receiving cosmetic injections in the Republic of Ireland as of yet.

There is currently no law preventing children from accessing cosmetic treatments such as lip fillers and botox in both Ireland and Northern Ireland. Simon Harris asked the Department of Health to carry out a risk assessment in 2019 but there has been no update on the matter since.

Ashton Collins, Director of non-surgical treatment provider, Save Face, said that cosmetic treatments such as dermal fillers and botox are becoming more common among teenagers due to popular TV shows.

"These very young people are influenced by the things they see on TV and fillers are now ubiquitous with programmes," she told BBC NI's Good Morning Ulster programme on Tuesday.

"Once you go down that rabbit hole online and start liking this content, you're then presented with a flurry of adverts promoting these services for cheap prices."

Collins noted that social media is a "hotbed for unscrupulous practice." 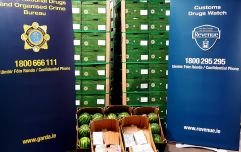 END_OF_DOCUMENT_TOKEN_TO_BE_REPLACED

"That's why we see so many botched treatments," she added.

"The industry is pretty much unregulated. We haven't had any in-depth explanation as to why - it makes no sense, it's a no brainer.

"If you can protect young people from falling foul to these treatments and implement something, it makes absolute sense."

Collins said that some people had suffered "horrible reactions" to dermal filler injections which can be "extremely dangerous in unsafe hands."

She added that teens "will go to social media to get the cheapest deals."

"To most people it seems ludicrous that under-18s would even want these treatments, but the fact is they do and they will go to extreme lengths to get them," she said.

popular
One of the best action movies of recent years is finally available to watch at home
The JOE Movie Quiz: Week 138
QUIZ: Give this General Knowledge Quiz a whirl
The JOE Friday Pub Quiz: Week 278
QUIZ: See if you can ace this General Knowledge Quiz
QUIZ: Can you name every Batman actor in three minutes?
Irish employers urged to "take time" when lifting workplace restrictions
You may also like
1 day ago
Lisa Fallon praised as she opens up about terrifying ordeal on Late Late
1 day ago
Two men arrested after laser beam directed at police helicopter in Belfast
1 day ago
Man in his 80s dies after two-vehicle crash in Offaly
1 day ago
St Patrick's Day parade will take place this year, says Minister
1 day ago
Gardaí launch investigation after man's body reportedly brought into post office in Carlow
1 day ago
CONFIRMED: Glorious normality beckons as vast majority of restrictions to be scrapped
Next Page