"Those cube plugs are a death trap. My flat is ruined." Take note.

Thankfully, McSweeney was not in the flat at the time of the incident because she was attending a play.

Best-known for her role as Sister Michael in the Channel 4 comedy, the actress from Cork has shared details of the traumatic event because she hopes they can serve as a warning to anyone that's currently using this type of plug.

FYI, this is the type of plug that caused the fire in McSweeney's flat and she has urged everyone who is currently using one of these to "please, please, please get rid of them." 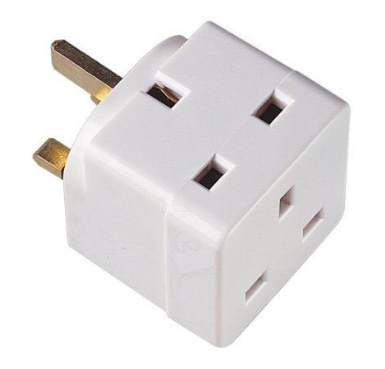 Thankfully, none of her neighbours were injured during the incident because fire alarms alerted them to the blaze.

After the authorities were alerted, two fire brigades arrived at the flat, chopped down her door, and discovered the entire flat was covered in smoke.

The actress states that the heat from the flames was so intense, it cracked the window and melted the fire alarms and the fuse box which was located in the hall. 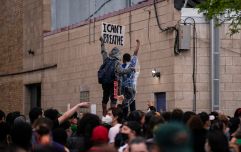 END_OF_DOCUMENT_TOKEN_TO_BE_REPLACED

Aside from this, toxic fumes were released from the mattress and spread throughout the premises.

In terms of the reason for the fire starting, she states that the fire investigator told her that the "cube double adaptor had fallen out slightly - less than 2mm out of the socket - by the bedside and created an 'electrical arc.' This spread and started the fire."

After a through examination of the scene, the fire inspector assured McSweeney that this wasn't her fault.

"Those cubes are a death trap, He has been trying to get them banned for years. If anything good can come from this, it's this. Please, please, please get rid of them in your house. They are structured badly and it only takes a mm for there to be a spark," she wrote.

At present, the actress is staying with a friend as she waits for the repair work on her apartment to begin on Monday.

Thankfully, some of McSweeney's most important personal items survived the fire which include her father's death certificate, her passport, and various medications.

We hope that the repair work is done quickly and that she's not too inconvenienced by this extremely unfortunate incident.

However, as McSweeney states below, "this feels like a dreadful but ultimately 'could be much worse'" scenario.

Here's her account of the unfortunate events and some images of the damage that was done. 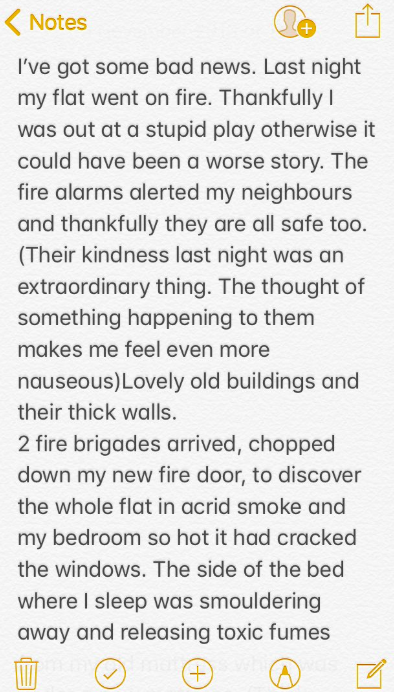 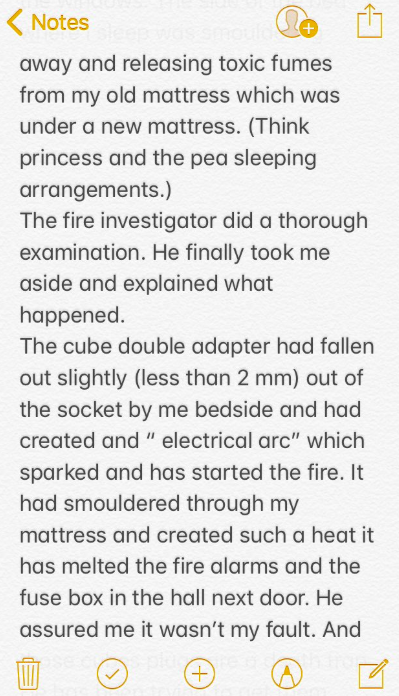 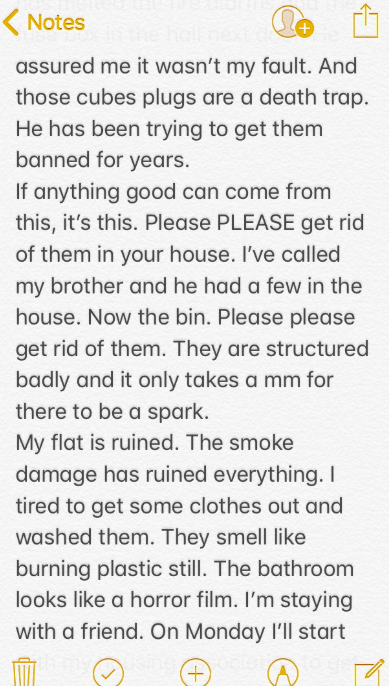 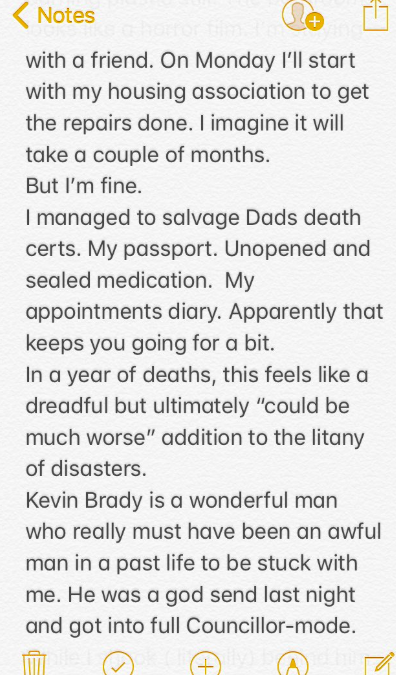 It’s this I’m talking about. TAKE THEM OFF THE WALLS NOW AND PUT THEM IN THE BIN. pic.twitter.com/4I6eBSokDG


popular
US National Guard deployed following clashes in Minneapolis over death of George Floyd
Mega-popular US hard seltzer White Claw to go on sale across Ireland
Here's Week 34 of JOE's 19 in 90 quiz
QUIZ: How well do you know The Lord of The Rings movie saga?
RTÉ launch new dating show called... Love in Isolation
Gardaí find €333,000 worth of drugs across eight properties in Mayo
The line-up for the season finale of The Late Late Show is here
You may also like
2 days ago
Man dies following traffic collision in Limerick
3 days ago
A man in his 20s has been injured following a shooting in Meath
4 days ago
Woman dies from her injuries following road collision in Kildare
5 days ago
Two men die in house fire in Dublin
6 days ago
Three calves killed after cattle trailer overturns on motorway in Dublin
1 week ago
Shot fired from Garda firearm at scene of arrest of two men in Cork
Next Page