There are now 164 cases of Covid-19 in Direct Provision centres.

A Direct Provision Centre with a cluster of over 20 Covid-19 cases confirmed has reported two further cases and extended a strict lockdown on residents for two further weeks.

In a letter sent to residents of the Skellig Star Hotel in Cahersiveen this morning, seen by JOE, a lack of social distancing on the part of the residents has been blamed for the spread of the virus. A number of residents have told JOE this is unfair. The letter states it is from 'HSE Department of Public Health', although it is not on headed paper. We have contacted the relevant HSE department for confirmation of this, but were yet to receive a reply at the time of publication.

END_OF_DOCUMENT_TOKEN_TO_BE_REPLACED

An excerpt from the letter reads as follow; "We know that many residents are following the public health advice guidelines at all times, and we thank those residents for helping keep their fellow residents and themselves safe.

"However, unless all residents follow the social distancing guidelines, it is likely that this outbreak will continue for some time in the Skellig Star and could potentially be very serious for some of your fellow residents." 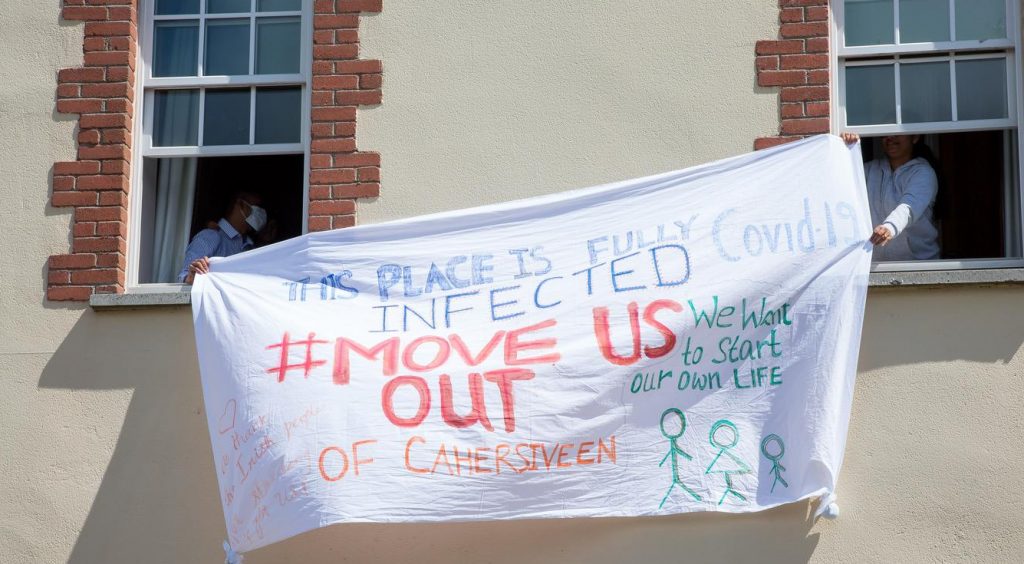 One resident told JOE that "it's impossible to practise social distancing in (a) crowded place... non family members (are) sharing rooms and rooms previously occupied by residents who tested positive were relocated to people who tested negative."

Another described the social distancing measures required to stop the spread of infection as "not practical at all times".

Yesterday, some Cahersiveen locals protested the actions taken at the Skellig Star Hotel in recent weeks, and called for action to be taken by the Department of Justice to protect residents at risk from the virus. 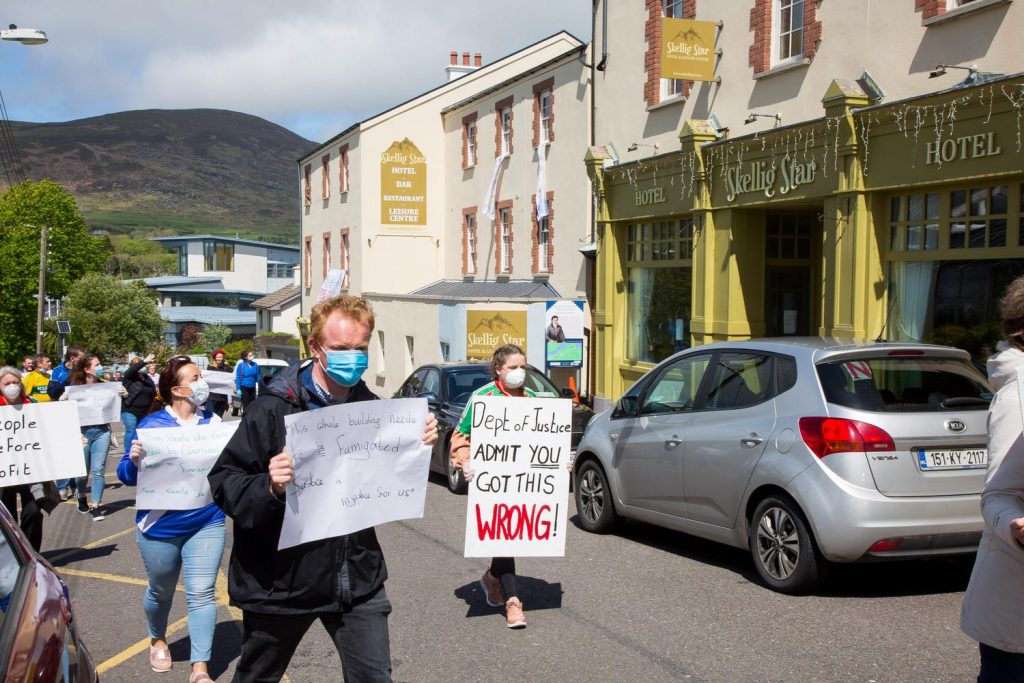 END_OF_DOCUMENT_TOKEN_TO_BE_REPLACED

One resident of the Direct Provision Centre said "nobody is safe here,  the virus is everywhere in the building. We can't take this responsibility. This building should be shut down for months and then it may reopen."

According to the letter, two more cases were confirmed in the centre on Wednesday of this week, meaning restrictions on residents are now extended until at least May 20th; "Unfortunately there have been two new confirmed cases in the past week. This is clear evidence that some residents are not following the Public Health recommendations.

"This is causing further infection. As a result, the period of advised restrictions on movement now needs to be extended for a further 14 days from the date of the last confirmed case", it continues.

Updated numbers of Covid-19 cases in Direct Provision were given at the Department of Health daily briefing yesterday evening, with 164 cases of the virus now confirmed.

The Department of Justice told JOE in a statement that "the HSE, which we work closely with, are carefully monitoring the situation at the Centre in Cahersiveen.

END_OF_DOCUMENT_TOKEN_TO_BE_REPLACED

"We know that the current restrictions are difficult for residents – as for most people required to quarantine during this pandemic - but the purpose of this HSE guidance is to protect the health of residents, staff and the wider community. We are working closely with the HSE and centre management to provide additional supports for residents during this time. There is a HSE Community Development Worker onsite at the Centre 5 days a week to monitor the health of residents... Additional outdoor space has been opened up with some seating provided and, next week, exercise equipment will be set up in the outdoor area for residents’ use."

The Skellig Star Hotel refused to comment when approached by JOE, and we were unable to reach the Reception and Integration Agency by the time of publication.

Advertisement
popular
Sale of luxury castle in Kerry, described as "one of Ireland’s best kept secrets”, completed for €4.5 million
Pfizer/BioNTech Covid-19 vaccine to be rolled out in UK next week after government approval
Weather advisory issued for all of Ireland, with snow on the cards
What the hell is 'Stomp and Holler', and why does Spotify insist that you love it?
Over 300 Ford cars recalled in Ireland over battery issue that could lead to vehicle fire
We're sorry, but a new clip from Wild Mountain Thyme is on the loose
The JOE Movie Quiz: Week 80
You may also like
2 days ago
Horrific F1 crash sees driver emerge unscathed with car engulfed in flames
2 days ago
Dave Prowse, the actor who played Darth Vader, has died
6 days ago
Diego Maradona: A remarkable career in pictures
1 week ago
Man shot through the front door of his house in Derry
1 week ago
Gardaí confirm investigation has been launched into uploading of personal images online
1 week ago
Gardaí renew their appeal for witnesses to fatal assault in September
Next Page