A fundraiser launched to ensure that children in Direct Provision won't be left out this Christmas has achieved its goal following generous donations from the general public and businesses alike.

A joint venture between Bohemian Football Club and Dublin's Bang Bang café, the fundraising drive received a huge response from the public for the fourth year running. 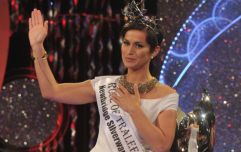 END_OF_DOCUMENT_TOKEN_TO_BE_REPLACED

As a result, all 2,500 children in Ireland's Direct Provision system will get a Christmas present this year, ranging from toys to clothes and vouchers.

At time the time of writing on Tuesday evening, the official fundraising page has reached almost €75,000.

It is estimated that approximately €100,000 has been raised in total following a dedicated campaign carried out by numerous volunteers in addition to those who took the time to donate.

The news arrives on the same day that leading online fundraising platform GoFundMe named Ireland as the most generous country in the world for the third year in a row. 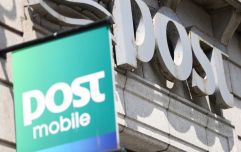 END_OF_DOCUMENT_TOKEN_TO_BE_REPLACED

All gifts will be sorted and packed at the RDS in Dublin before being delivered to Direct Provision centres across the country by DHL Express Ireland.

"Direct Provision needs to end," notes a statement on the official fundraiser page.

"It is inhumane and degrading. Let's at least make it slightly better for children this Christmas."

Toys, clothes & vouchers for EVERY kid in Direct Provision in Ireland

popular
Katherine Ryan says famous TV star is a ‘predator’ and everyone in industry knows
20 years ago, one of the best sci-fi movies of the 21st century was a box-office bomb
The JOE Friday Pub Quiz: Week 322
Staff threatened with screwdrivers during armed pharmacy robbery in Dublin
QUIZ: Only the sharpest will get 100% in this General Knowledge test
The JOE Movie Quiz: Week 181
Man fired for not being "fun" at work wins legal battle, nobody has to be fun now
You may also like
11 months ago
QUIZ: Can you name every country where Christmas is NOT observed?
11 months ago
Here's the line-up for this week's episode of The Graham Norton Show
11 months ago
This new rom-com about writing a Christmas #1 is absolutely going to make you cry (in a good way!)
6 days ago
Dublin nightclub suspends security guard following racism allegations
6 days ago
Yet more weather warnings unleashed as things turn very grim indeed
6 days ago
Shoppers being warned of Black Friday scams
Next Page