There were no new confirmed clusters of the virus in that time.

It was confirmed tonight that as of midnight last Saturday that there were 88 confirmed cases of Covid-19 in Direct Provision centres across the Republic of Ireland, an increase of 26 since the last publication of figures.

There are no new confirmed clusters of the virus, 9 are confirmed in the country, while in total 10 or 11 people have been hospitalised, none in the past week. The figure given at last week's briefing was 11, while 10 were reported tonight. JOE has sought clarification on this number.

END_OF_DOCUMENT_TOKEN_TO_BE_REPLACED

One of these clusters is located in the Skellig Star Hotel in Cahersiveen, where over 20 cases were reported last week.

Speaking to JOE, Justice Spokesperson for the Green Party Roderic O'Gorman said that Ireland is not fulfilling their legal obligations to these residents; "there are still 1,700 people sleeping in rooms of 2 or 3 with people who aren't their family members, so they're not family groupings.

"So those people are unable to practise social distancing, and in that way Ireland is failing in our human rights obligations under international law, and under European law, to those individuals."

When asked whether he felt that these residents had "fallen between the cracks" of a number of government departments, O'Gorman said "I think they have".

There are over 6,000 people living in Direct Provision in Ireland, where living circumstances, such as communal eating spaces and multi-person sleeping areas, are not conducive to the required physical distancing recommended by the HSE.

"If you have an outbreak here, if one person contracts it, it is almost inevitable that it will move swiftly around the residents because of their living conditions, because it is so difficult to socially distance", said O'Gorman.

Mr. O'Gorman, a newly elected TD for Dublin West, said that the situation in Direct Provision showed similar failings to what we have seen to date in the state's response to the Covid-19 pandemic in nursing homes; "I think in just the same way, and there's a lot to praise in the overall state response to Covid-19, but just in the same way as what's happened in the nursing homes has shown a real vulnerability, has shown a failure to plan in that particular area. 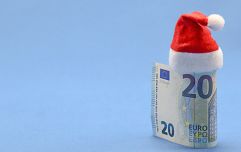 Record Christmas bonuses worth €390 million to be paid to 1.6 million recipients next week

END_OF_DOCUMENT_TOKEN_TO_BE_REPLACED

"I think we are now seeing with these quite significant clusters in Direct Provision centres that there was a failure to adequately plan for how outbreaks in these centres would be managed."

At tonight's briefing, 37 new deaths from Covid-19 were reported, with notification of 265 new confirmed cases of the virus here in the Republic of Ireland.

The briefing was more heated than previous daily press conferences, when a microphone had to be turned off multiple times to allow Chief Medical Officer Dr Tony Holohan answer a question posed by a woman present. She gave her name as 'Jemima Burke from the Western News', a local nationalist publication that existed in Galway in the 19th century.

popular
Record Christmas bonuses worth €390 million to be paid to 1.6 million recipients next week
QUIZ: Can you guess these European countries from their outlines?
The JOE Movie Quiz: Week 80
Here’s how you can get 20 bets for €2* for the next EuroMillions jackpot
Larry Gogan's grandchildren pay lovely tribute to him on the radio
First-time buyers in Dublin, Meath or Louth: This virtual First Time Buyers Masterclass will kickstart your mortgage
Two suspected ‘Shebeens’ with operational bars investigated by Gardaí on the same night
You may also like
4 days ago
Two new metro routes and rail line to Navan proposed in new transport plan for Greater Dublin area
5 days ago
Belfast Telegraph journalist warned of threat against them from loyalist paramilitaries
5 days ago
Donald Trump pardons former aide Michael Flynn, who pleaded guilty to lying to the FBI
5 days ago
Six further Covid-19 deaths confirmed, 269 new cases
5 days ago
Tributes pour in after Diego Maradona dies aged 60
5 days ago
Eir CEO says opening a call centre in Sligo was a "mistake" as staff weren't sufficiently skilled
Next Page