Outgoing US President Donald Trump pressured the leading election official in Georgia to “find” enough votes to swing the result in his favour in the state, a leaked audio recording has revealed.

A recording of a phone call between Trump and Georgia Secretary of State Brad Raffensperger was obtained by the Washington Post and published in full on Sunday (3 January). 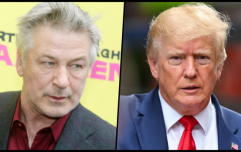 END_OF_DOCUMENT_TOKEN_TO_BE_REPLACED

During the phone call, the full transcript of which can be read here, Trump can be heard asking Raffensperger to “find” enough votes to overturn his defeat to President elect Joe Biden in the state.

The Washington Post also claimed that Trump alternately flattered and begged Raffensperger in an attempt to overturn his defeat and even threatened him with vague criminal consequences.

“All I want to do is this: I just want to find 11,780 votes, which is one more than we have,” Trump can be heard saying in the leaked audio recording.

“There’s nothing wrong with saying, you know, that you’ve recalculated.” 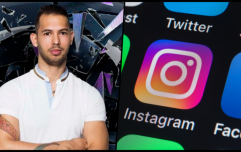 END_OF_DOCUMENT_TOKEN_TO_BE_REPLACED

"The people of Georgia are angry, the people in the country are angry," Trump added, while also claiming there was “no way” he lost the state.

The Washington Post claims that Raffensperger and his office's general counsel rejected Trump’s claims and told him he was relying on debunked conspiracy theories about election fraud, something Trump has consistently claimed was responsible for his defeat, with no evidence.

“Mr. President, the challenge that you have is the data you have is wrong,” Raffensperger is heard to have said in the recording.

There has been no comment on the recording from either The White House or from Raffensperger since details of the phone call emerged.

Election results from the state of Georgia show that Joe Biden accumulated 11,779 more votes than Trump out of over five million cast in total.

popular
Netflix has just added 23 very big movies to its library
The JOE Friday Pub Quiz: Week 308
The 50 most iconic songs of all time* have been revealed
Controversial influencer Andrew Tate banned from Instagram and Facebook
People think they've figured out the ranking of the viewers on your Instagram Stories
Pilots fly over destination airport at 37,000 feet because they were both sleeping
Two Irish people arrested in "smuggling event" near Miami
You may also like
19 hours ago
Apple warns of serious security issues with iPads, iPhones and Macs
20 hours ago
Multiple fatalities after planes collide mid-air over California airport
1 day ago
Human remains found in suitcases are the bodies of two children
1 day ago
People want "offensive" Crown Paints advert banned after attracting hundreds of complaints
6 days ago
Salman Rushdie likely to lose an eye following stabbing in New York
1 week ago
Author Salman Rushdie reportedly stabbed on stage during event in New York
Next Page