The man had a previous conviction for cruelty to horses and donkeys on his property.

Warning: Readers may find the content of this article upsetting.

A Donegal farmer has been jailed for four months with the sentences suspended for 12 months and banned for ten years from keeping animals following a number of animal cruelty offences.

END_OF_DOCUMENT_TOKEN_TO_BE_REPLACED

Stewart had previously received a two year disqualification from keeping animals and a suspended jail sentence in 2016 for cruelty to horses and donkeys discovered on his property.

The case came following several inspections of Stewart's farm by inspectors from the ISPCA and officials from the Department of Agriculture, Food and the Marine.

The offences related to dogs being kept in a van without water, allowing the carcass of a sheep to remain unburied, and keeping pigs and poultry in trailers without adequate access to water. 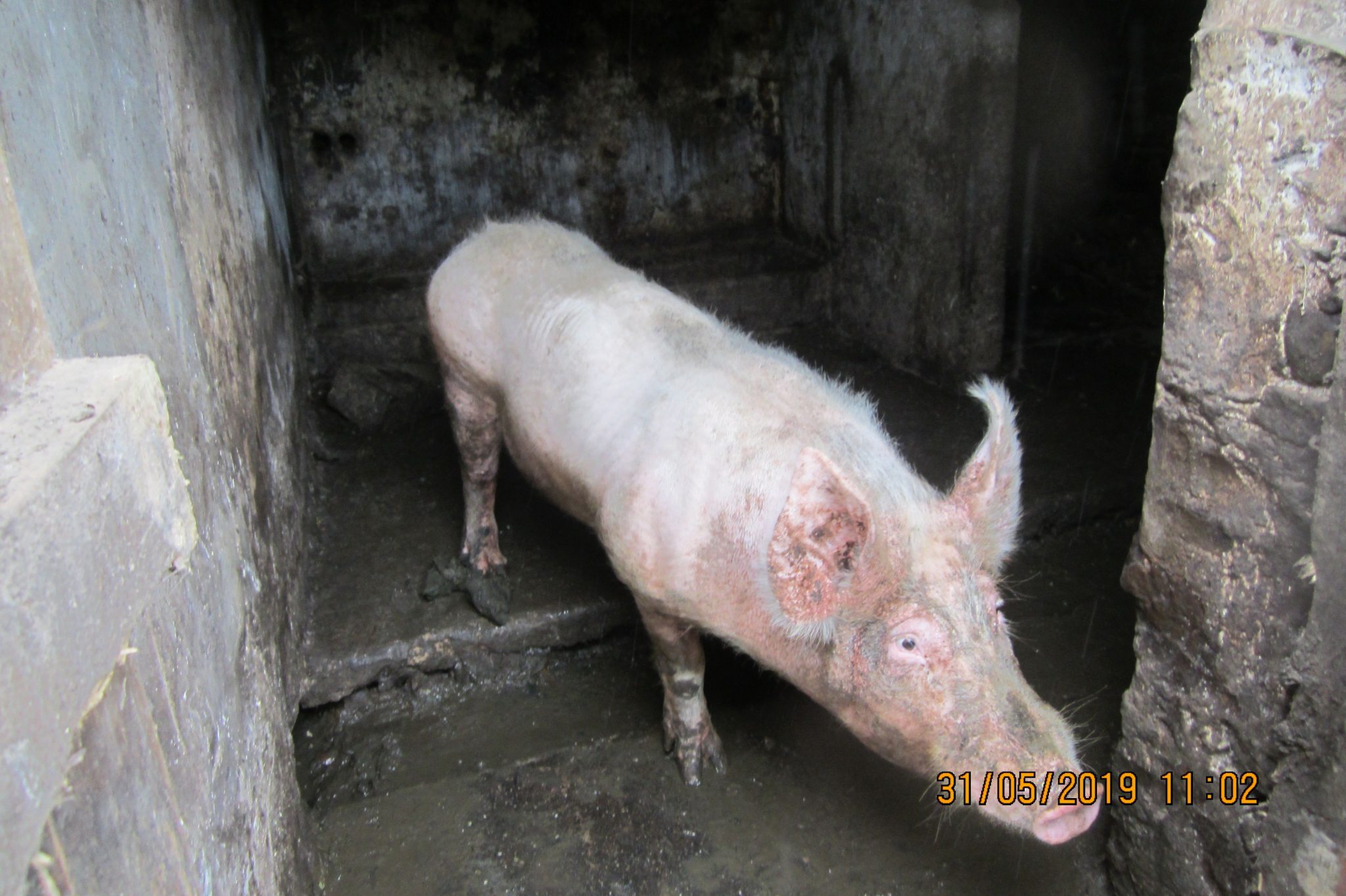 Face of boy attacked by dog in Wexford is "completely destroyed", says his family

END_OF_DOCUMENT_TOKEN_TO_BE_REPLACED

Three collie type dogs were removed from a locked van and were subsequently rehomed.

Judge Éiteáin Cunningham described the case as “horrendous” and “disturbing.”

END_OF_DOCUMENT_TOKEN_TO_BE_REPLACED

Stewart was fined a total of €1,500 and was also banned from keeping animals for ten years.

Judge Cunningham noted that the accused had clearly “not learned” from the experience of his previous two year ban.

“This has been a prolonged and challenging case involving a persistent offender," said ISPCA Senior Inspector Kevin McGinley.

"The ISPCA would like to thank the Minister for Agriculture, Food and the Marine for prosecuting this case and also DAFM veterinary and technical staff, along with An Garda Síochána, for their assistance which ultimately led to a successful prosecution and conviction in this case”.

If you have any animal welfare concerns, the ISPCA encourages the public to report them to the National Animal Cruelty Helpline in confidence on 0818 515 515, to email helpline@ispca.ie or report online here.

popular
One of the best movies of the decade has just been added to Netflix
Starbucks worker breaks down in tears after they're scheduled to work 8 hours
What the hell is 'Stomp and Holler', and why does Spotify insist that you love it?
Man dies after falling into wood chipper outside Christmas lights display
Jonah Hill files petition to legally change his name
U2 drummer Larry Mullen Jr. says band may perform without him in 2023
Surprise frontrunner emerges as potential next James Bond as producers 'love him'
You may also like
3 hours ago
Brazil legend Pelé rushed to hospital
3 hours ago
Miss Croatia wears revealing outfit at World Cup game despite Qatar's dress code
3 hours ago
EXCLUSIVE: Elizabeth Banks on directing Cocaine Bear in Ireland
5 hours ago
QUIZ: How well do you know The White Lotus Season 2 so far?
6 hours ago
FIFA consider group stage penalty shootouts at 2026 World Cup
6 hours ago
The best sci-fi horror movie of all time is among the movies on TV tonight
Next Page