Pat the Cope Gallagher, a veteran public official from Co. Donegal, has given his take on the dispute over the fishing waters around the Rockall islet.

The Scottish government prompted a response from the Irish government this week when they said they would take "enforcement action" on Irish fishing vessels in what it perceives to be Scottish fishing waters at the islet. The islet itself is to the northwest of Donegal by some 400km. 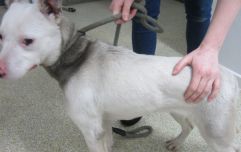 END_OF_DOCUMENT_TOKEN_TO_BE_REPLACED

Speaking on Friday evening, Fianna Fáil TD Gallagher said: "Rockall is subject to a claim of ownership by the British government since 1955, but that same claim has never been recognised by any Irish Government  nor has the British claim been ever been lodged with the United Nations Convention on the Law of the Sea (UNCLOS).

"There are numerous Donegal fishing vessels, from both Killybegs and Greencastle ports, fishing off Rockall and in the immediate waters surrounding the rock. These are long standing fishing traditions and patterns, which predate any claim by any other jurisdiction of these jointly fished grounds.

"The Irish Government must immediately engage with the UK government in Whitehall in an attempt to restore calm to the volatile situation at intra government level.  In the interim, the Minister for Foreign Affairs should also meet with the British Ambassador to voice this country’s concerns about the messaging coming from the Scottish government.

"I personally will be raising these matters with An Taoiseach Leo Varadkar when the Dáil resumes next week, but I would expect,  as does every Irish person within the state, that between now and then, the rights of the Irish Nation and the rights of our fishermen will be protected by the government of this State.

"The unilateral actions of the Scottish government has set an undesirable tone – especially ahead of anticipated Brexit discussions."

Minister for Fisheries Michael Creed has confirmed that he advised representatives for the Irish fishing industries of the Scottish government's position.

popular
One of Keanu Reeves' best movies has just been added to Netflix
QUIZ: Can you get full marks in this General Knowledge Quiz?
The 50 most iconic songs of all time* have been revealed
Just in time for Christmas, all eight Harry Potter movies are now available to stream at home
QUIZ: Can you get 20/20 in this desperately tricky capital cities quiz?
QUIZ: Can you get 12/12 in this snappy General Knowledge quiz?
CONFIRMED: Nightclubs to close, 50% capacity at indoor events and household mixing limit among new restrictions
You may also like
1 month ago
10 unreal spots you need to visit on your next trip to Donegal
1 month ago
Priest blesses local nightclub in the most Donegal thing imaginable
1 month ago
Stunning photo of Donegal scoops prize in National Geographic competition
2 months ago
Met Éireann issues status yellow weather warning for three counties as thunder and rain to batter the country
2 months ago
Man (80s) killed in fatal road traffic collision in Donegal
2 months ago
Investigation launched after body of man in his 60s found in Donegal
Next Page