"The bottom line is, don't drink and drive."

Road users are being urged to take extra caution over the Christmas and New Year period and to recognise the impact that just one drink can have.

An Garda Síochána and the Road Safety Authority officially launched their festive appeal on Thursday, aiming to raise awareness of the dangers of driving the morning after consuming alcohol.

END_OF_DOCUMENT_TOKEN_TO_BE_REPLACED

11% of fatal collisions in which a driver had consumed alcohol occurred between the hours of 7am and 11am, according to analysis of cases between 2008 and 2012.

136 people have died on Ireland’s roads to date in 2018 according to provisional figures from An Garda Síochána.

There have been three fewer deaths this year compared to the same date last year.

Speaking on RTÉ Morning Ireland on Thursday, Director of the Medical Bureau for Road Safety Professor Denis Cusack stressed the potential perils that can arise despite with only a minimal amount of alcohol in your system.

"One pint of beer or one glass of wine could put you over the limit, especially novice or professional drivers where the limit is 2o to 100 [20 mls of alcohol per 100mls of blood]," said Cusack.

"If you've been out drinking until two or three in the morning, there's a big risk, particularly if you're a learner driver or a novice driver where the limit is 20, not only of being caught but also of being in an accident and causing injury or killing somebody."

Cusack highlighted the differences between alcohol concentrations in beer, liquors, wines and spirits, noting that people really need to have expert knowledge of exactly what they are consuming.

"The bottom line is, don't drink and drive," he argued.

"It's very, very difficult to estimate how much is in your body"

The @HSELive website https://t.co/2MINzIJDBD is an excellent resource for people who are looking for advice on how to cut down on their alcohol intake and includes information on alcohol and driving. #RoadSafety pic.twitter.com/ysPawkn6xL

Meanwhile, An Garda Síochána statistics indicate that 6% of all Driving Under the Influence (DUI) arrests to date this year have taken place between 7am and 11am. 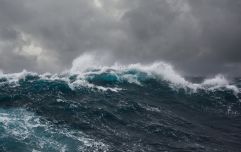 END_OF_DOCUMENT_TOKEN_TO_BE_REPLACED

The highest number of DUI arrests, at 104, occurred on a Sunday morning representing 26% of all arrests between 7am and 11am.

This is followed closely by Monday, at 90 arrests, representing 22% of all morning after arrests.

“Drink-driving is a behaviour that must no longer be tolerated in our society and for that to happen people need to know all the facts. Drink-driving at any time of the day or day of the week is drink-driving, which is why you must take extra care the following morning if you have been drinking the night before.

"If you have been on a drinking session the night before and got to bed very late you could still have alcohol in your system. As we can see from our analysis of Garda forensic investigation files, the morning after is a risk zone for alcohol related fatal crashes as 11% of fatal collisions in which a driver had consumed alcohol, occurred between the hours of 7am and 11am.” 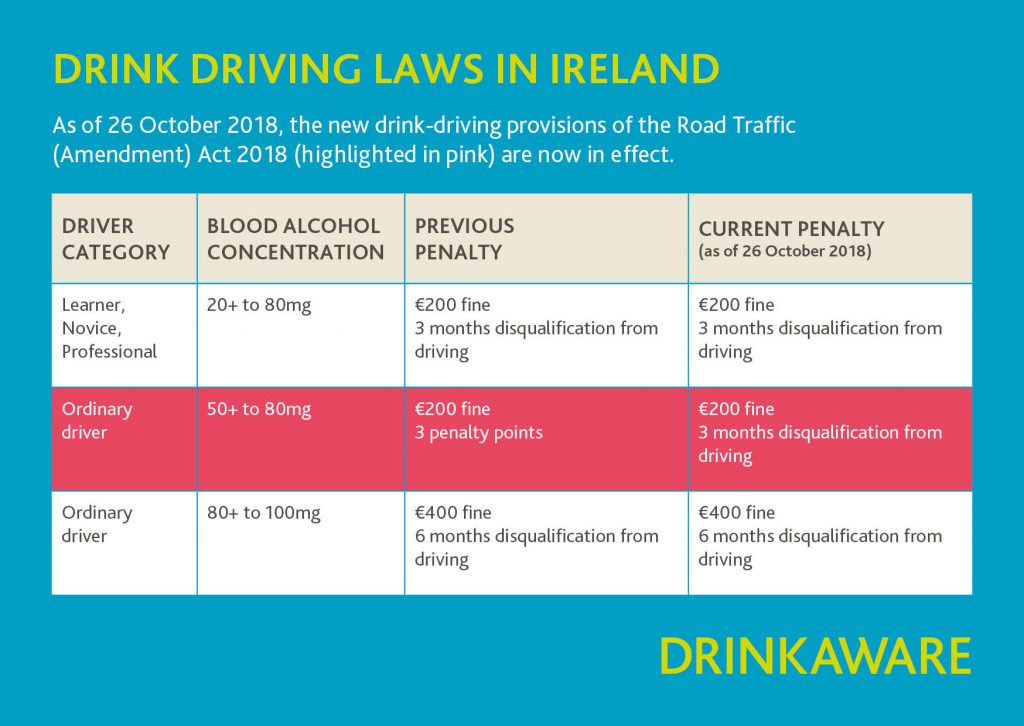 In addition, Drinkware is urging motorists to be fully aware of recent changes in drink-driving laws in Ireland.

As of Friday 26 October 2018, ordinary fully licenced drivers detected by An Garda Síochána with a blood alcohol concentration (BAC) level of between 50mg and 80mg will receive an automatic disqualification from driving for three months and a €200 fine.

The penalties for learner, novice and professional drivers have not changed. Penalties for drivers in these categories remain the same at three months disqualification from driving and a fine of €200.

popular
The Toy Show DJ brothers have been offered their very first gig
Clint Eastwood's final western is among the movies on TV tonight
The JOE Friday Pub Quiz: Week 271
The full list of all the new shows and movies coming to Netflix in December
QUIZ: Let's get cracking with this General Knowledge Quiz
PCR tests to be required for all international arrivals to the UK
Ryanair's "virtue signalling" claims are indicative of Ireland's view on the Irish language
You may also like
15 hours ago
Is comhartha é tvuít Ryanair faoi "comharthaíocht suáilce" don dearcadh atá ag an tír faoin teanga
1 day ago
"This is a pandemic of the unvaccinated," says Leo Varadkar
1 day ago
Iconic nightclub venue in Galway announces permanent closure
1 day ago
Gardaí investigating man's homophobic rant and alleged attack at Dublin cafe
1 day ago
Penneys to create 700 jobs over new investment and store
1 day ago
Lidl to sell antigen tests for €2.99 nationwide
Next Page