DSPCA calls on government to withdraw funding to greyhound industry

The DSPCA has condemned the "barbaric" treatment of 12 greyhounds that were found with no food or water at Dublin Port.

The Dublin Society for Prevention of Cruelty to Animals (DSPCA) has condemned the treatment of 12 greyhounds seized by the Revenue Customs Service over the weekend at Dublin Port.

According to the DSPCA, the dogs were being transported in a Spanish-registered vehicle in cramped conditions with cages stacked on top of each other or piled with other boxed goods.

The animals were contained two dogs to a cage, with three of the cages not accessible without unloading the rest of the vehicle. The dogs, 10 of whom were wearing muzzles, had no access to food or water. 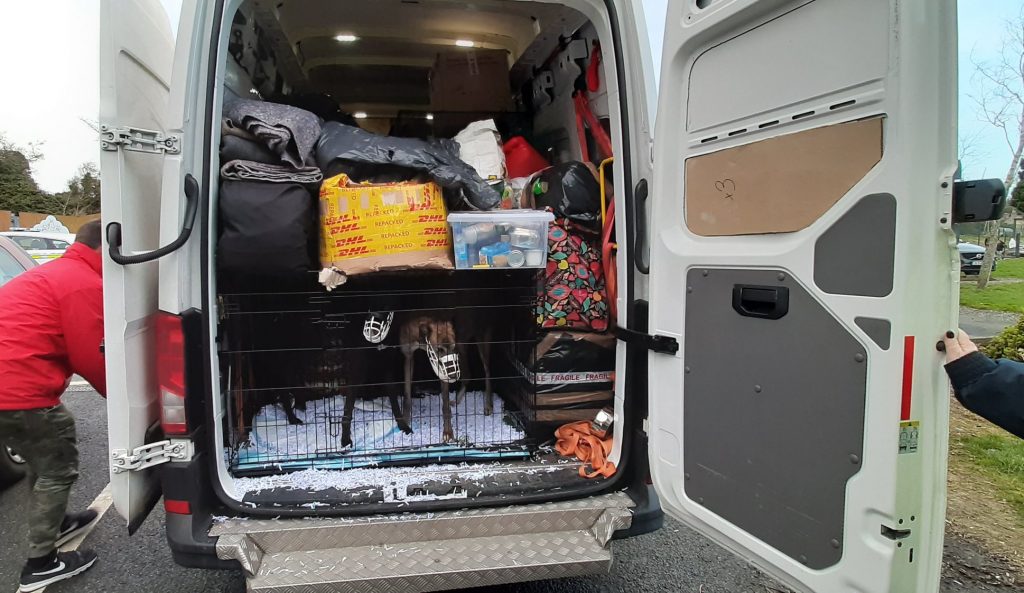 END_OF_DOCUMENT_TOKEN_TO_BE_REPLACED

It is estimated that they were in transit for over 24 hours prior to arriving at their Spanish destination. They are now being housed by the DSPCA.

Upon discovery, DSPCA veterinary staff found that several of the dogs had minor injuries and elevated body temperatures. All of the dogs showed signs of dehydration.

END_OF_DOCUMENT_TOKEN_TO_BE_REPLACED

Paperwork accompanying the greyhounds indicated that all are registered with the Irish Greyhound Stud Book, originating from dog trainers in Cork, Kerry, Tipperary and Wexford.

Records also show that nine of the 12 dogs have raced within the last month, while one raced last in 2016 and two have no race figures recorded.

"The DSPCA are appalled by the barbaric treatment of these animals despite the revelations seen in RTÉ’s Prime Time programme Greyhounds Running for their Lives and the assurances given by the Irish Greyhound Board (IGB) that measures were being taken to address animal welfare issues in their industry," notes a DSPCA statement issued on Monday evening.

"This seizure flies in the face of the illusion being created by IGB that animal welfare is being taken seriously," adds DSPCA CEO Brian Gillen.

"The continuing grant of €16.8 million of taxpayers money is no longer acceptable. The DSPCA are calling on Minister Creed to withdraw all funding allocation to the greyhound industry in Budget 2020."

The Irish Greyhound Board has released a statement concerning the matter.

"The IGB has been made aware this afternoon of an incident at Dublin Port and our welfare department has begun a full investigation," notes an IGB spokesperson.

"The IGB condemns any mistreatment of greyhounds in the highest possible terms.

"Any person or persons found to have been in breach of the Welfare of Greyhounds Act 2011 have been and will continue to be subject to prosecution."