The incident occurred on Friday night in Clondalkin.

A Dublin ice cream store has been forced to temporarily close after a car crashed through its shop front.

Gardaí have said they are investigating the collision that occurred at Mario and Luigi Gelato in Clondalkin in Dublin 22 on Friday (7 January) at around 9.15pm.

END_OF_DOCUMENT_TOKEN_TO_BE_REPLACED

A Garda spokesperson told JOE that no injuries were reported at the time of the incident.

Mario and Luigi Gelato shared images on Facebook of the "serious damage" caused to the premises and said that the crash left its staff "shocked".

"We would like to start off by thanking our amazing staff for their strength and courage during this difficult time. We are so grateful and blessed they are all ok," it wrote.

"As you are probably aware, Mario and Luigi Gelato will be closed until further notice. Freak accidents happen but the main thing is no one got seriously injured.

"We built Mario and Luigi Gelato from the ground up, serving all our loyal customers the past year and a half. We have the best team working with us and we couldn't have done it without them.

"We will be back. Bigger and better." 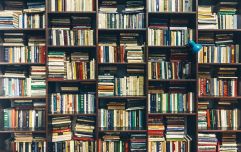 END_OF_DOCUMENT_TOKEN_TO_BE_REPLACED

The business also said that, in the meantime, its branch in Templeogue is open as usual.

"We would like to thank everyone for their support, calls, texts and being there for us all," it added.

"See you all again soon."

The statement about the incident from the Gardaí reads: "Gardaí are investigating a road traffic collision that occurred in Clondalkin, Dublin 22 on Friday, 7 January 2022 at approximately 9.15pm.

"A car collided with the front of a business premises. No injuries were reported at the time of the incident.

popular
One of the best action movies of recent years is finally available to watch at home
The JOE Movie Quiz: Week 138
Woman hospitalised following stag attack in Kerry
QUIZ: Give this General Knowledge Quiz a whirl
Gardaí appealing for witnesses in relation to alleged assaults in Sligo
QUIZ: Can you name every Batman actor in three minutes?
The JOE Friday Pub Quiz: Week 278
You may also like
8 hours ago
Irish employers urged to "take time" when lifting workplace restrictions
10 hours ago
Gardaí arrest man in connection with drugs worth €1.4 million found in fridge
11 hours ago
Two pedestrians injured in separate road traffic collisions in Dublin
1 day ago
Lisa Fallon praised as she opens up about terrifying ordeal on Late Late
1 day ago
Two men arrested after laser beam directed at police helicopter in Belfast
3 days ago
Man in his 80s dies after three-car crash in Galway
Next Page