"It is unconscionable to accept this cargo in the present circumstances."

A number of workers at Dublin Port have refused to remove 15,000 gallons of Russian oil from a tanker that arrived on Sunday night (13 March).

END_OF_DOCUMENT_TOKEN_TO_BE_REPLACED

The Services Industrial Professional and Technical Union (SIPTU) requested on Friday (11 March) that the Government should refuse to allow the tanker to arrive in Ireland.

“Given the unfolding horror in Ukraine as the invasion by Russia aggressively proceeds, our members and other workers who are expected to unload this vessel are angry and upset at being put in this position," said SIPTU Divisional Organiser, Karan O Loughlin.

“While a range of different sanctions are being rolled out across the EU against Russia, the Government needs to speak up on humanitarian grounds and turn this vessel around.

"It is unconscionable to accept this cargo in the present circumstances."

Virgin Media News has reported that several workers at the Port have refused to handle the oil, and have since been redeployed and are fulfilling other duties today.

This tanker, the STI Clapham, is being unloaded at Dublin Port this afternoon.

It’s carrying around 15,000 tonnes of Russian oil and the SIPTU trade union says it’s unfair that its members are being forced to handle it.

The union says the Govt should have refused to let it dock pic.twitter.com/qXyPTUuGiC

SIPTU organiser Jim McVeigh said that workers from across all nationalities were opposed to removing the oil from the tanker. 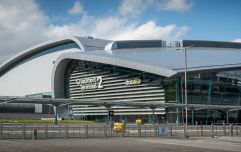 END_OF_DOCUMENT_TOKEN_TO_BE_REPLACED

“The workforce in Dublin Port would be very diverse," McVeigh said.

"You'd have people from Lithuania, Latvia, Poland, Russia, Ukraine working right across Dublin, but at the port as well.

"It has been a number of those people who have felt strongly about it.

"Obviously, I wouldn't be in a position to say exactly how many or where they work, but yes, there's been a number of individuals who did feel strongly and didn't want to do it," McVeigh concluded.

“The workforce in Dublin Port would be very diverse… people from Lithuania, Latvia, Poland, Russia, Ukraine… it has been a number of those people who have felt strongly about this.”

The price of fuel remains at one of the highest prices in living memory.

Fuels for Ireland, the industry body for fuel suppliers and retailers, has written to Taoiseach Micheál Martin complaining that the government misled the public to believe excise cuts on petrol and diesel would lead to immediate price drops.