A series of celebratory events will bring life to the capital on Saturday.

Saturday 29 June welcomes the Dublin Pride parade, with thousands expected to take to the streets of the capital.

The parade kicks off at 1pm sharp - you can find a handy map below - from Parnell Square, leaving from the Garden of Remembrance at 1pm towards O'Connell Street, Eden Quay and Liberty Hall before crossing the River Liffey en route to a free outdoor event at Merrion Square. 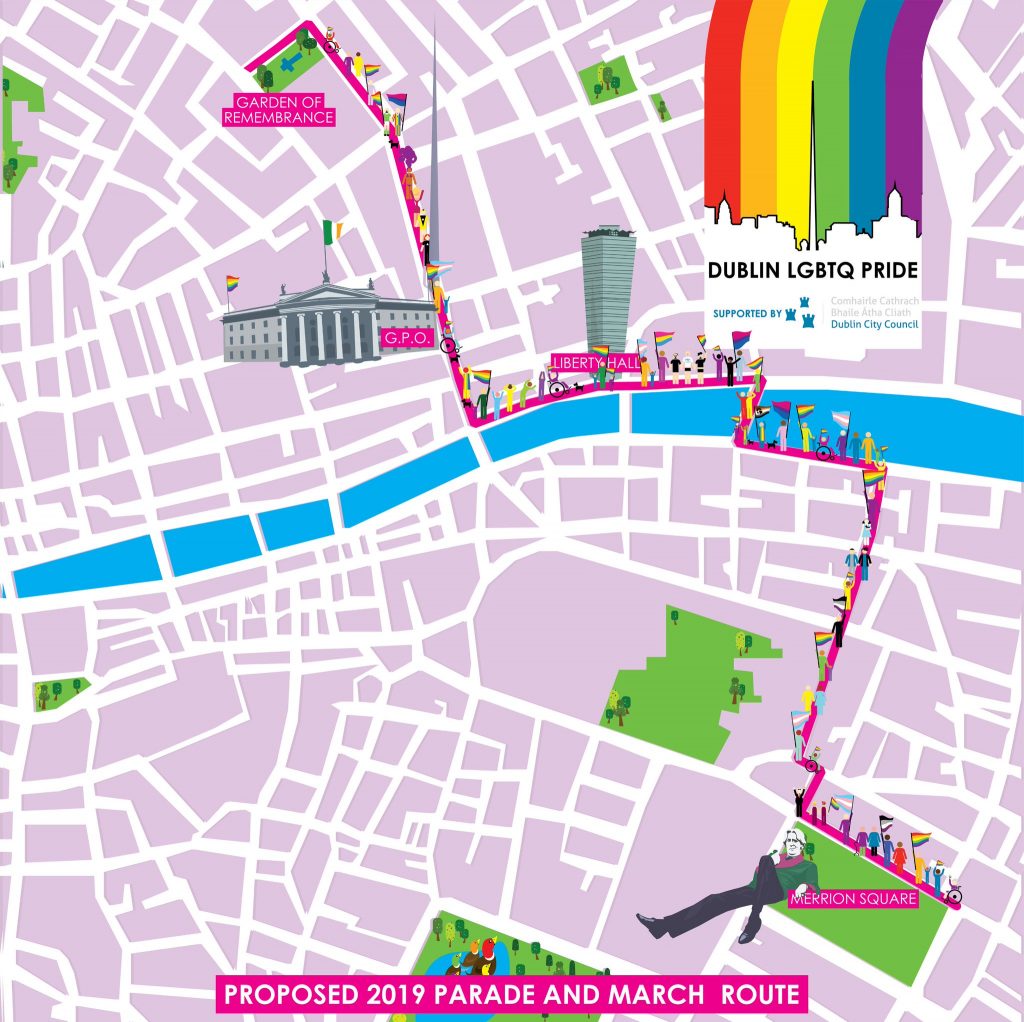 END_OF_DOCUMENT_TOKEN_TO_BE_REPLACED

Over 150 groups are set to participate this year, marking one of the biggest Dublin Pride events ever held.

The GPO, meanwhile, has been given a special new look for the day that's in it.

Good morning from the Dublin Pride team at the The GPO as we start our day #HappyPride #DublinPride #RainbowRevolution pic.twitter.com/IVGwDiXqhq

An alternative Pride parade will take place at 12pm at the Rosie Hackett Bridge; an inclusive protest initiative organised by Queer Action Ireland.

END_OF_DOCUMENT_TOKEN_TO_BE_REPLACED

Anyone travelling in Dublin on Saturday is advised to expect road closures and delays.

AA Roadwatch has an FAQ for such instances here.

To facilitate the parade, Parnell Square East and North, Frederick St North and Cavendish Row will close from 9am - 4pm.

There will be diversions on Dublin Bus routes between 11am and 6pm for the following:

popular
One of the best movies of the decade has just been added to Netflix
Starbucks worker breaks down in tears after they're scheduled to work 8 hours
Cristiano Ronaldo 'agrees £173m-a-year deal' with Saudi club
The latest Star Wars episode is directly based on an IRA funeral
Man dies after falling into wood chipper outside Christmas lights display
20 years ago, one of the best sci-fi movies of the 21st century was a box-office bomb
One of the scariest films of all time is among the movies on TV tonight
You may also like
2 days ago
People will be able to get money for returning bottles and cans through new scheme
2 days ago
Boy seriously injured after alleged dog attack in Wexford
2 days ago
Very popular US fast food chain planning to open in Ireland
2 days ago
Angle grinder used to steal safe from security van in Dublin
3 days ago
Staff threatened with screwdrivers during armed pharmacy robbery in Dublin
4 days ago
Three counties hit with weather warning for this weekend over "very strong" winds
Next Page