Government confirms €63.5 million in funding for Greenway projects in 13 counties in 2021

The government says nearly €1 million per day will be spent on walking and cycling infrastructure in Ireland next year.

Greenway projects in 13 counties will benefit from €63.5 million in funding in 2021, the government has announced.

The funding was confirmed by Minister of Transport Eamon Ryan and Minister of State Hildegard Naughton on Monday and represents the highest single-year amount ever allocated to Greenways in Ireland. 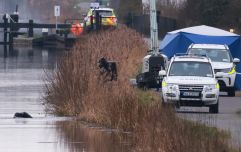 END_OF_DOCUMENT_TOKEN_TO_BE_REPLACED

The largest allocation of funding will be €10 million towards the Midleton to Youghal Greenway in Cork, while other projects to benefit from significant funding are the Waterford to New Ross Greenway (€9.8 million) and the Greenway bridge across the River Shannon in Athlone as part of the Galway to Dublin Greenway (€8.1 million).

Elsewhere, the Grand Canal Greenway in Offaly will be extended from Daingean to Edenderry, making it possible to cycle over 50km from Edenderry to Lough Boora by the end of the next year.

Details of funding for greenway projects in Ireland in 2021

“Indeed, it nearly equals the total amount originally allocated for the four years 2018-2021 (€53m) and shows the commitment of this Government to providing a step-change in the way in which we fund walking and cycling.”

“The allocations of €63.5 million being made today will go a long way in delivering a safe and sustainable environment for active travel in our villages, towns and cities,” Minister of State Hildegarde Naughton added.

“We are also supporting the roll-out of a new Safe Routes to School Initiative. This programme will seek to accelerate the delivery of improved walking and cycling infrastructure to schools, enhance sustainable access onto school grounds and expand the amount of cycle parking available at schools.

“Underpinning this new initiative, we will see almost €1 million per day spent on our walking and cycling infrastructure in the year 2021.

“2021 is only the start, we will continue to build on this level of investment over the coming years.”