"I think we've learned outdoors is safer so that will be the defining [factor], not whether or not you're having chicken nuggets on top of it.”

Transport Minister Eamon Ryan has said it's "likely" the controversial €9 substantial meal rule will be scrapped when Covid-19 restrictions in relation to the hospitality industry are eased in the months ahead.

Speaking at the launch of a €3 million pilot bike upcycling initiative on Wednesday afternoon, the Minister said that outdoor hospitality will resume at the same time the inter-county travel ban is lifted, with Ryan suggesting this is likely to occur in June. 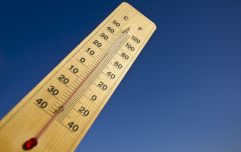 END_OF_DOCUMENT_TOKEN_TO_BE_REPLACED

Questioned as to whether the outdoor setting would mean there would be no substantial meal requirement, Ryan responded: "I think [the need for a substantial meal] is less likely. I think we've learned outdoors is safer so that will be the defining [factor], not whether or not you're having chicken nuggets on top of it."

The Minister referred to the substantial meal rule as "a false division", indicating that perhaps wet pubs and gastropubs will reopen at the same time for outdoor service.

“I think it will start outdoors because it’ll be much safer and I don't think that it’ll be divided between food or not. Outdoors versus indoors will be the main difference," Ryan said.

Minister for Further and Higher Education Simon Harris recently referred to the substantial meal rule as "a bit of a mockery".

"It became a bit of a mockery the last time if I'm being honest. I mean, I was involved with the rule and I'm being self-critical here, the idea that a plate of chicken goujons can somehow protect you from Covid," he said.

Meanwhile, both the Licensed Vintners Association (LVA) and the Vintners Federation of Ireland (VFI) have said that pubs and hospitality businesses should be allowed to open at the same time, to avoid the divisions seen between wet pubs and gastropubs in 2020.

The Big Reviewski || JOE · TBR Spotlight: Loki - Episode Two - 'The Variant'
popular
The JOE Friday Pub Quiz: Week 248
QUIZ: Can you name all these European countries from a list of cities?
QUIZ: Can you get full marks in this potentially very frustrating general knowledge quiz?
Three men arrested after reportedly attacking staff of premises on South William Street
Met Éireann says temperatures set to hit 20 degrees this weekend
Canada has been removed from the mandatory hotel quarantine list
Aer Lingus introduce new fee to bring carry-on bags onboard flights
You may also like
16 hours ago
313 new cases of Covid-19 have been reported in Ireland
16 hours ago
The DUP is heading for self-destruction, claims Joe Brolly
19 hours ago
Aer Lingus introduce new fee to bring carry-on bags onboard flights
21 hours ago
Taoiseach Micheál Martin calls for "calm heads" after Edwin Poots resignation
22 hours ago
Rise in under-18s buying alcohol through drink delivery services, groups warn
1 day ago
Appeal made for witnesses after cyclist hit by car in Dublin
Next Page