He said the decision to ban Trump from the platform was "morally wrong and flat-out stupid".

Elon Musk has said he would reverse Twitter's banning of Donald Trump if his deal to buy the platform is successful.

The former US president was permanently banned from the social networking service in January 2021, after the attack his supporters carried out on the US Capitol.

END_OF_DOCUMENT_TOKEN_TO_BE_REPLACED

Twitter said it made the decision after determining Trump repeatedly violated the company regulations, ruling that his Tweets were “highly likely to encourage and inspire people to replicate the criminal acts that took place at the US Capitol on 6 January, 2021”.

However, on Tuesday (10 May), Musk appeared virtually at the Financial Times Future of the Car Summit and was asked if he plans to let the former US president back on Twitter.

"I've talked with [Twitter co-founder] Jack Dorsey about this. He and I are of the same mind which is that permanent bans should be extremely rare and really reserved for accounts that are bots or spam scam accounts, where there's just no legitimacy to the account at all," Musk replied.

"I do think that it was not correct to ban Donald Trump. I think that was a mistake because it alienated a large part of the country and did not ultimately result in Donald Trump not having a voice.

END_OF_DOCUMENT_TOKEN_TO_BE_REPLACED

"He is now going to be on Truth Social as will a large part of the sort of the right in the United States.

"And so, I think this could end up being frankly worse than having a single forum where everyone can debate.

"So, I guess the answer is that I would reverse the permanent ban. 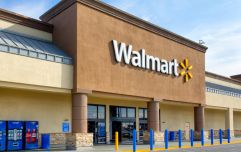 END_OF_DOCUMENT_TOKEN_TO_BE_REPLACED

Musk said he believes the platform should not have permanent bans but clarified that does not mean "somebody gets to say whatever they want to say."

"If they say something that is illegal or otherwise just destructive to the world then there should be perhaps a timeout, a temporary suspension or that particular Tweet should be made invisible or have very limited traction.

"But I think permanent bans just fundamentally undermine trust in Twitter as a town square where everyone can voice their opinion.

"I think it was a morally bad decision to be clear and foolish in the extreme."

Further questioned on the topic, Musk then added:

"Banning Trump from Twitter didn't end Trump's voice. It will amplify it among the right.

"And this is why it is morally wrong and flat-out stupid."

popular
Katherine Ryan says famous TV star is a ‘predator’ and everyone in industry knows
New plot details emerge for Christopher Nolan's upcoming epic Oppenheimer
The 50 most iconic songs of all time* have been revealed
David Walliams reportedly quits Britain's Got Talent after making offensive comments about contestants
Released 30 years ago today, this Irish thriller still has a worldwide impact
A great and gritty crime thriller is among the movies on TV tonight
Oscar-winning Fame and Flashdance singer Irene Cara dies aged 63
You may also like
6 days ago
Piers Morgan says it's "time to admit Brexit has been a disaster" and calls for second referendum
6 days ago
Five dead following mass shooting at gay nightclub in Colorado
6 days ago
Donald Trump Twitter ban lifted thanks to a very stupid reason
1 week ago
Man who exposed Jimmy Saville has new theory about Madeleine McCann disappearance
1 week ago
NASA launches most powerful rocket in history, as witnessed by Love/Hate actor
1 week ago
Donald Trump said lots of Donald Trump things as he announced new president run for 2024
Next Page