'Misinformation is now being used to divide our world.'

Elton John is the latest celebrity to call it quits on Twitter, saying changes in policy will "allow misinformation to flourish unchecked".

The singer tweeted on Friday that he was leaving the platform, which billionaire Elon Musk took over just over a month ago, over misinformation and an unspecified "policy change." 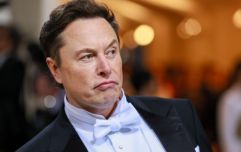 END_OF_DOCUMENT_TOKEN_TO_BE_REPLACED

He wrote: "All my life I've tried to use music to bring people together.

"Yet it saddens me to see how misinformation is now being used to divide our world.

"I've decided to no longer use Twitter, given their recent change in policy which will allow misinformation to flourish unchecked."

I love your music. Hope you come back. Is there any misinformation in particular that you’re concerned about? 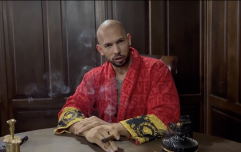 END_OF_DOCUMENT_TOKEN_TO_BE_REPLACED

Twitter has been at the centre of a number of controversies since Musk's $44 billion takeover, most notably through the antisemitic rants of Kanye West, who was allowed back on after earlier being kicked off. Donald Trump has also returned to the platform.

Musk has also announced an amnesty on banned accounts, in the name of free speech, and will no longer enforce a policy to combat misinformation about the covid pandemic. He's also fired thousands of employees and is overhauling the Twitter Blue subscription, including charging a monthly fee the verification service.

The Tesla and SpaceX boss responded to Elton on Friday, saying "I love your music. Hope you come back." 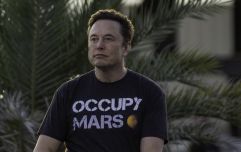 END_OF_DOCUMENT_TOKEN_TO_BE_REPLACED

Musk then asked if there was "any misinformation in particular" that John was concerned about.

popular
Netflix has just added 12 very big movies to their library
5 years ago, Hollywood took a massive gamble on a huge sequel... and lost big time
One of the most underrated crime thrillers of recent years is among the movies on TV tonight
Netflix backtracks on anti-password sharing measures following user outcry
Tom Hardy set to play Hannibal Lecter-type serial killer in new series
The 50 most iconic songs of all time* have been revealed
The JOE Friday Pub Quiz: Week 332
You may also like
1 month ago
Elon Musk referenced The Matrix and fans all pointed out one obvious thing
1 month ago
Donie O'Sullivan among numerous journalists banned from Twitter amidst Elon Musk reporting
2 months ago
Kanye West returns to Twitter after ban over anti-Semitic comments
2 months ago
Donald Trump Twitter ban lifted thanks to a very stupid reason
2 months ago
Elon Musk forced to make dramatic U-turn on 'hardcore' ultimatum as hundreds of Twitter staff quit
3 months ago
3,700 Twitter employees have been fired via email following Elon Musk's takeover
Next Page