Emiliano Sala and pilot David Ibbotson have been officially missing since 22 January.

Wreckage of the plane that was carrying Premier League footballer Emiliano Sala and pilot David Ibbotson has been found on the seabed of the English Channel, according to reports.

Sky News correspondent Tom Parmenter announced via Twitter at 9pm on Sunday night that the families of both men had been informed of the discovery.

BREAKING The plane carrying Emiliano Sala and David Ibbotson has been found, their families have been told.

END_OF_DOCUMENT_TOKEN_TO_BE_REPLACED

Last Monday, debris from the missing aircraft was recovered, believed to be seat cushions from the plane's interior.

The search for Sala and Ibbotson was restarted on Sunday after over £324,000 was raised online to fund a new private investigation.

Wreckage of the plane carrying Emiliano Sala and piloted by David Ibbotson was located early this morning by the FPV MORVEN. As agreed with the AAIB they moved the GEO OCEAN III over the position we provided them to visually identify the plane by ROV. #EmilianoSala

The families of Emiliano Sala and David Ibbotson have been notified by Police. The AAIB will be making a statement tomorrow. Tonight our sole thoughts are with the families and friends of Emiliano and David. #EmilianoSalas #NoDejenDeBuscarAEmilianoSala

END_OF_DOCUMENT_TOKEN_TO_BE_REPLACED

The Argentinian footballer had signed for Cardiff for a club record £15 million in the  January transfer window.

On Saturday, Cardiff paid numerous tributes to the striker before and during their 2-0 win over Bournemouth.

A moment of silent reflection was held in Sala's honour prior to kick-off, while his name was included in the official squad. 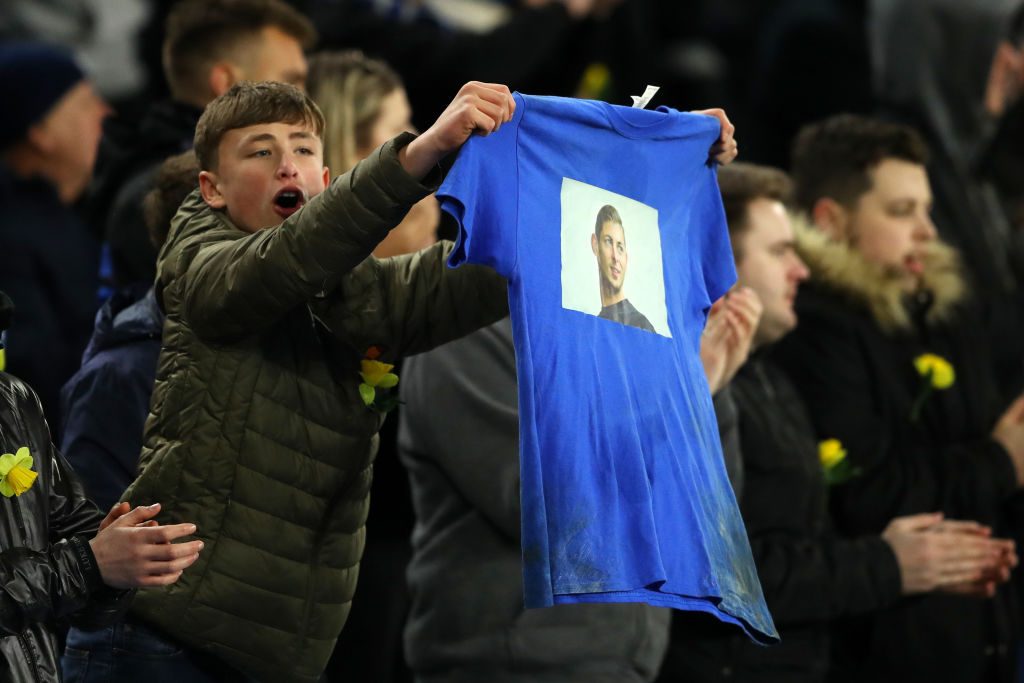 Fans sang his name during the 28th minute of the match - in recognition of his age - and scarves, flowers and handwritten letters were left at the home stadium for him.

Elsewhere, fans delivered their own individual tributes via supportive messages including a banner which read: